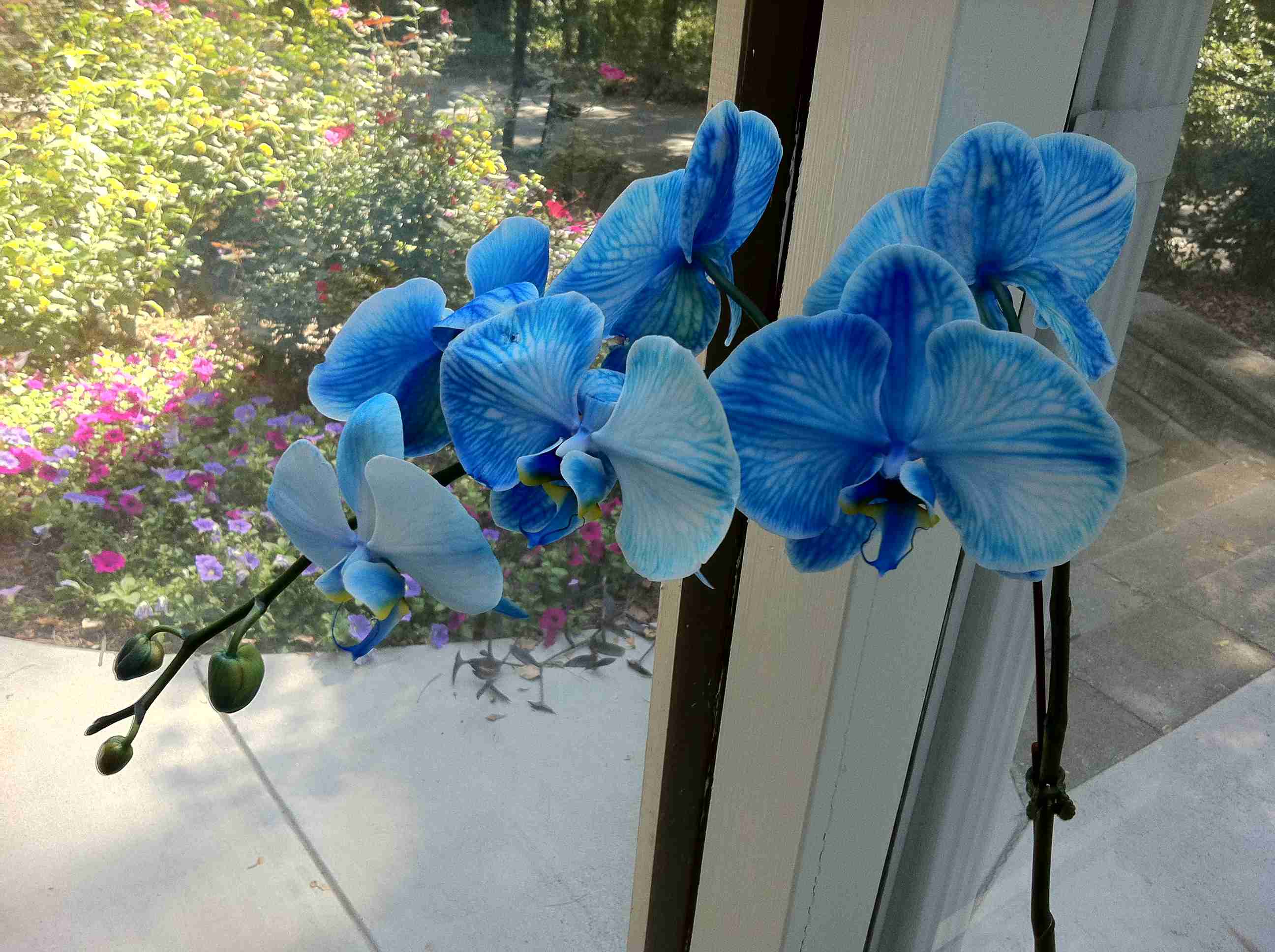 Yesterday, as I was out shopping for my weekly allowance of two big boxes of organic spinach to keep up with my juicing habit, I stumbled upon a display of blue orchids.

Then it was just a matter of picking the right one.

That process took some time.

Of course, I wanted to bring them all home, but when you buy an orchid, then you have to manage to carry it home without breaking off any of the buds or blossoms.

I chose this blue orchid.

Years ago, I wrote a play called Blue Rose, Blue Moon. It was produced Off Off Broadway in New York. It was about a young woman who was obsessed by the massacres in Uganda while her family back home was obsessed by a lot of other things.

During the performances, one of the start times had to be held up due to the fact that one of my relatives (name withheld to protect the innocent) had called the theater from a taxi, drunk and disorderly, demanding directions. The actors asked me quite seriously, “What is wrong with your family?”

“Why do you think I am a playwright?” I responded. “I would have nothing to write about otherwise.”

It was all too much for my family. They only heard about one of my plays, not even reading it, and I was in trouble. I silenced myself.

Then I went on to do other things with my life.

I saw this blue orchid yesterday and remembered my play about the blue roses.

We are each uniquely beautiful in our own way, if only other people will stop to appreciate that fact.