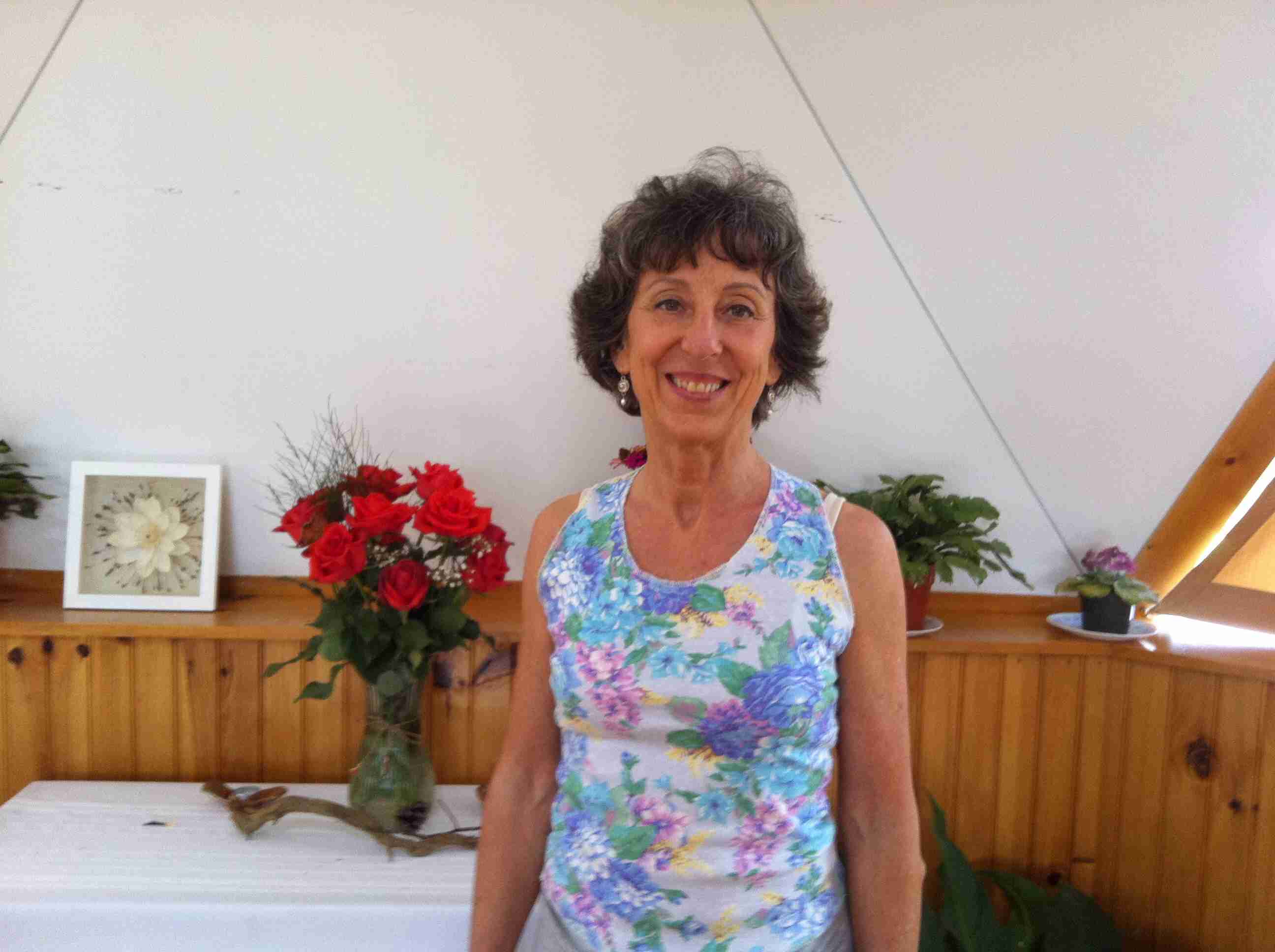 My idea of a great vacation is to get lots and lots of exercise and learn something while I am sweating. Thinking, learning and moving. That is me.

It took me a long time to make peace with the fact that I need and appreciate lots and lots of movement in my life. Other people feel guilty about not getting enough exercise. Me, I felt a little guilty that with all that education (Phi Beta Kappa from Brown) that I didn’t want to be holed up in some boring old office someplace hacking away making tons of money, I needed to MOVE, really move, and to learn and to grow as a person.

But as I said, body typing and understanding who YOU really are deep down as a person, that’s a whole other story.

I just came back from a yoga retreat with Lillah Schwartz, owner of Lighten Up Yoga Studio in Asheville, N.C. Lillah has taught yoga for 30 years. I have only taught yoga for 15 years.

Everybody else is a yoga baby compared to Lillah.

She can blow anybody out of the water.

Most people who do teach impart something intellectual. Movement is a whole different story.

When you teach a movement class, you have the people who can hardly bend over, the ones who eat junk food all day long and come to an exercise once a week almost as penance for their unhealthy relationship with the other end of their fork, and then you have the people who are really really bendy, strong, cat-like in their ability to adapt to physical challenges and everybody in between, the ones who have been steadily showing up week after week, gradually getting better and better.

It’s easy to teach all beginners or all advanced.

The real genius teachers (i.e., Lillah Schwartz) can take a cross section of humanity – you know, the ones whose spine was crushed in a car wreck, the ones who have been practicing day in and day out, the ones who are a little overweight but have a great attitude, the ones who are muscle bound and those in the corner on the verge of tears – and get everybody working at the level they need to work at, totally engaged, challenged but not overworked, and making personal achievements they never thought possible.

It’s different. You can know a lot about yoga but not be able to master, say, a headstand. Or you could know absolutely nothing at all but be really brilliant at quieting your mind and standing on one leg. It’s a totally humbling enterprise because even if you get good at something then you have to work to STAY good.

Lillah’s retreat at the Prama Institute was billed as yoga for healing. My left shoulder was injured earlier this year, and about as soon as I fixed my left shoulder, then my right shoulder started acting up. I have been patiently doing all I needed to do to get better. I know the drill! I do what I can do – the eating, the supplements, the herbs, the stretches, the strengthening exercises – and also receiving healing work on my shoulders. Energy healing. Acupressure for each of the muscles involved. I have healed many clients’ shoulders, so when I hurt myself, I knew exactly what to do.

Lillah had a whole new take on my shoulders. It wasn’t that I was doing anything wrong. Lillah just had some great new insights that took everything to a different level. She taught me not only how to wrap my shoulders in down dog, but also how to glide my upper back and lengthen my spine in warrior pose. She taught me a new stretch for my coracobrachialis muscle, one of the main muscles that remained injured. She told me to get some foam supports to help me with my shoulderstand. By the end of the weekend, my shoulders didn’t hurt at all! Of course, then I came home and had to move furniture in my house, so I strained the muscles all over again. This is the thing that many people don’t get. You work through the issues until you are finally done.

I have studied a lot of yoga. Atlanta Yoga Fellowship was first. The great thing about that was I was so under impressed and disappointed I went on to the White Lotus Foundation, where I began to feel I was actually learning something useful, and then on to Integrative Yoga Therapy, and then on to take Erich Schiffman’s teacher training not just once but twice. I can’t remember how many workshops I have taken in yoga or from how many other teachers. I mastered Thai yoga massage, yin yoga, partner yoga, vinyasa yoga, restorative yoga. I ate books about yoga philosophy until I was stuffed and needed to take a break. I have attended countless yoga conventions and studied with many famous yoga teachers.

Lillah Schwartz is the best yoga teacher I have ever studied with.

I remember years ago being highly disappointed when I read something about a man who was supposedly a yoga master, whereas there was a woman yoga teacher who had been a “student” of yoga for a mere 20 years.

I found out about Lillah by accident. Last year, during an especially stressful period of my life, I took a month off and rented a small apartment in downtown Asheville. I hiked, I took yoga classes, I beaded, I took naps. I know when I am stressed and usually I do whatever it takes to keep myself in the middle of the road. Last year, I just had to tie a knot and hang on. I went to many classes at Lillah’s Lighten Up Yoga Studio. The ones that fit my schedule best were taught by another teacher, a young man who told jokes during all the hard poses. I happened to take just one class by Lillah when it was the only time I could get to the studio.

It is exciting to me to find a highly integrated mature woman, standing fully in her power, kind but firm, fiery but not proselytizing, convincing just by the mere act of being herself.

There is nothing better for an information junkie like myself than great new information. I am a maven. Lillah is a maven’s maven.