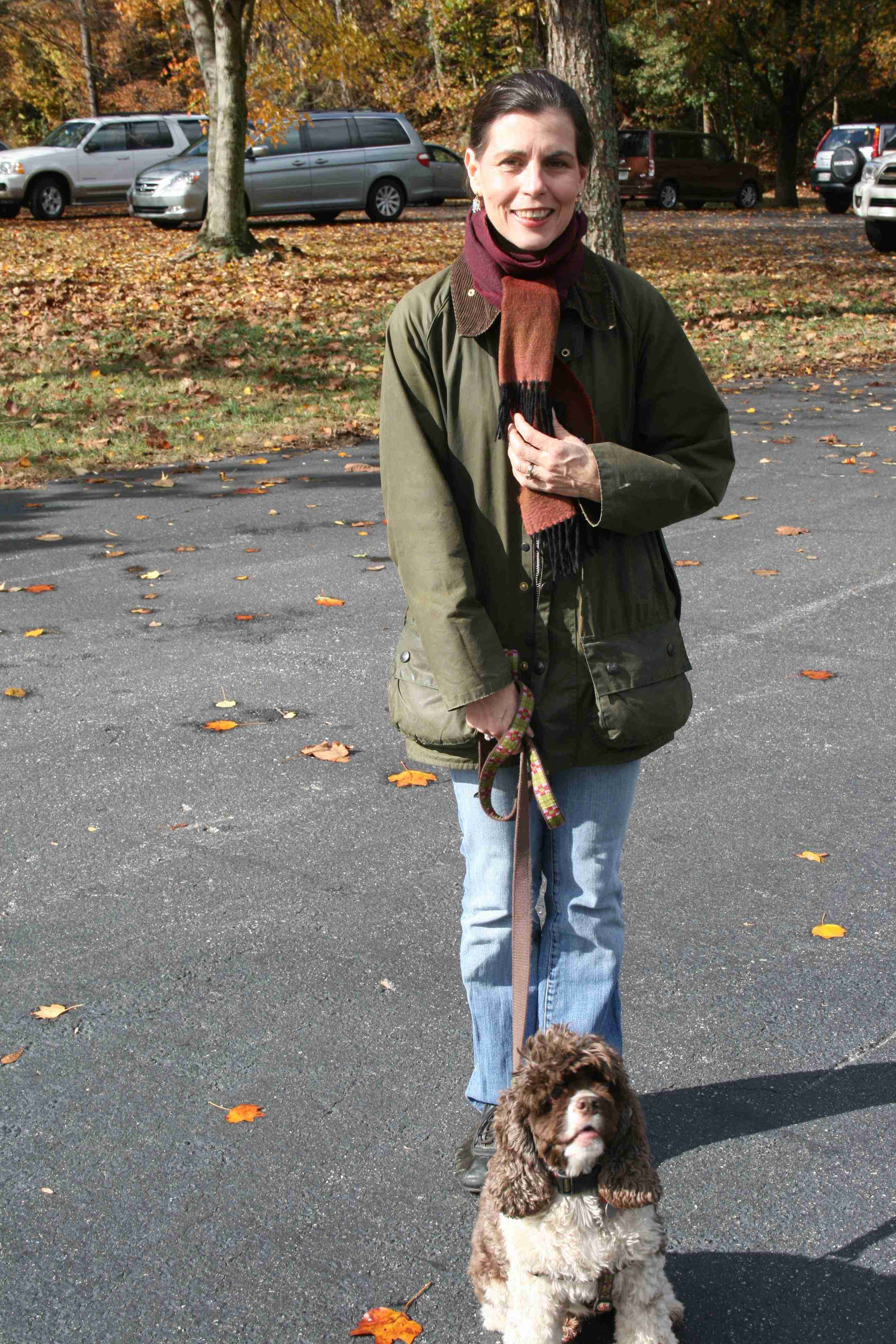 Have you ever noticed that a lot of the greatest things in your life come along seemingly by complete accident?

A man who had been working in my business for several years had been volunteering at the Atlanta Pet Rescue. The college where he had been studying gave a discount to students who did volunteer work in local non-profit organizations.

He started telling me about this dog named Belle, who he had developed a particular fondness for.

At the Atlanta Pet Rescue, you can become the Guardian Angel for a pet up for adoption, so he and I became her Guardian Angels. That meant we gave money in her name and hoped the right owner would come along to take care of her.

The Atlanta Pet Rescue was not Belle’s first animal shelter.

The very kind folks there had rescued her from a kill shelter in Pell City, Alabama. Her previous owner had been a little old lady who had gone into a nursing home. She was lucky to be in Atlanta, and had spent about a month in the kill shelter and another month at the rescue center in Atlanta.

I saw Belle’s photos on the pet rescue’s website. When I went there to meet her, the shelter attendants brought her out and she and I met in a cage by ourselves. She sat in my lap and the first thing she did was lick me.

That was it. That one shy act of pure unadulterated sweetness awakened something in me that I had not expected.

I had not had a dog since I was a child, and the dogs my family had growing up were all hunting dogs. They were somewhat serious dogs and had all been trained to retrieve ducks and doves.

When I first lay eyes on her, Belle was standing very still and not appearing to participate with the other dogs. She seemed quite depressed and anxious, was overweight and covered from head to toe with bumps from a terrible skin rash. I wondered if she would be able to keep up with me on my walks. She had a very bad ear infection in both ears, so much so that the veterinarian I took her to afterwards recommended an ear operation. The dog trainer I hired to help me with her recommended that I give her the doggie equivalent of antidepressant/anti anxiety medication.

But I had other plans.

Belle has since received more healing work than most humans.

She has had acupuncture, lots of cranial sacral therapy, flower essences and Reiki, along with traditional dog training, including classes at the Humane Society and agility classes, where she bested blue-ribbon pedigree dogs and surprised everyone with her willingness to overcome her shyness and participate.

I don’t have any trouble with surgery when necessary, but Belle had severe separation anxiety and I was afraid that if I left her in the vet for an operation, that she would freak out, think she was back in a shelter and suffer severe distress.

Last year, I was gone to Asheville for one month.

The place where I was staying unfortunately did not allow dogs.

I came back for one day to spend all my time with her, but when I returned home 20 days later her skin rash had resumed and she was covered from head to toe with big red bumps. Even though she was with someone who totally adores her, she had gone from healthy to unhealthy in a very short time just being away from me.

She is so attached to me that everyone tells me that she cries for a few minutes after I leave to go anywhere, even if other people or other dogs are there and actively comforting her.

While I was having my house painted on several occasions in the past year, my painters reported that they always knew when I would be coming home because they said she would start crying a few minutes before I walked in the door.

At first, when I got her, I thought I would leave her upstairs when I went down to my studio to do my work.

But Belle would have none of that!

She let me know she would much rather come to work.

And because she has been through so much herself, she is extremely compassionate and seems to know exactly what to do to comfort everyone.

Even when I left her for the first time with the dog groomer, the person who trimmed her told me he thinks she is the sweetest dog he has ever worked with.

Now Belle comes with me virtually everywhere. She likes to lie on the table with my clients when I do healing work. She brings her dog toys to my exercise sessions. I tie her to the bench outside in my garden when we practice qi gong class. Yoga is a different matter because dogs are not allowed in the church and school where I teach. She likes to ride in the car when I go to the bank and the UPS store. She comes with me when I visit my own energy healer every week and lies next to the table when I receive cranial sacral therapy. She even comes with me to visit my accountant, and plays with the other dogs while I am balancing my Quickbooks and paying my taxes.

Belle is now so beautiful and healthy that few could ever imagine what she has been through.

Little children instinctively gravitate towards her because she is so soft and fluffy. She lets anybody pick her up and hug her like a teddy bear.

Before I got her, I wondered if I would ever have time to care for a dog.

Now I can’t imagine what my life would be without her.