Life Is What Happens While You Are Waiting for the Plumber 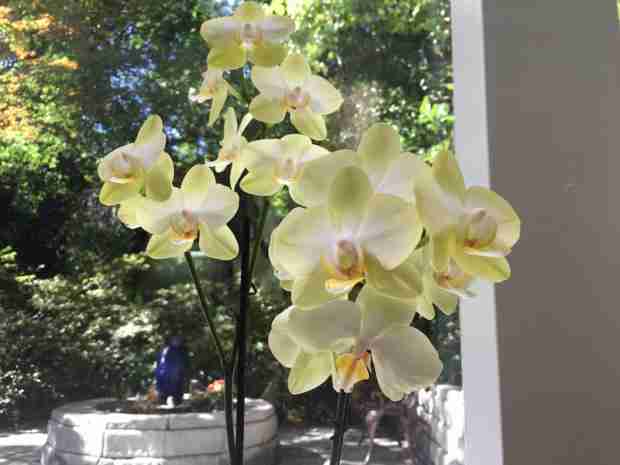 Last week, my family celebrated the funeral of my stepfather.

He was 88 and had suffered for over a year.

After the crying was over, I helped my mother clean out a series of closets and made a virtually futile attempt to restore order to her family room.

We went to three movies in three days, watched Netflix, ate popcorn and did our best to recover.

I took time off work to attend to this unavoidable event, accepting that this was the kind of life circumstance that makes all other supposedly necessary life activities come to a screeching halt.

On Monday after being away for nine days I drove from Savannah back to Atlanta only to discover a pool of water on the brand new carpet in my studio.

A leak, by definition, is yet another life circumstance that brings all other supposedly high priority activities to a standstill!

Fixing the burned out light fixtures pales in comparison to standing water. You have no choice but to drop everything and pay virtually anything to get the situation under control.

Friends texted me the name of their very favorite plumber.

Another friend came over at 10:30 at night to try to turn off the water to my house.

The old rusty pipes were stuck at the main water conduit so water continued to seep quietly throughout the night.

Upon arising, the phone calls and texts resumed to various and sundry so-called leak detection experts, one of whom wanted $325 per hour for a minimum of two hours just to come out and look without actually fixing anything.

I then turned to two highly-recommended plumbers, Gage and Eddie.

After a series of discussions during which they asked me questions to which I did not know the answers, “Where’s the leak? Do you have a slab?” I now find myself waiting for whichever plumber comes first.

You can’t go anywhere in case the disaster recovery specialists show up and hope against hope that the cavalry arrives as soon as possible.

So I find myself reminding myself that I COULD be writing my new book, I COULD be vacuuming, cleaning or otherwise restoring order to my world.

And instead I’m doing exactly what I did last week – marking time for when this too shall pass.

It’s as if God has one plan and you only wish you were doing something else.

You’re either crying your eyes out at the funeral, waiting patiently by the phone for the plumber to message you that he’s on the way or you’re tearing through your to-do list, theoretically making forward progress in your life.

I decided today that life is what happens when you’re waiting for the plumber.

You only think you’re in control.

You only think you know what you really ought to be accomplishing right now.

Instead we all eventually end up letting go and letting God be in charge at least momentarily until the body gets buried, the funeral is over, the tears have stopped, the leak has been plugged and the plumber hands you his final bill.