Life Unplugged: The Virtue Of Disconnecting 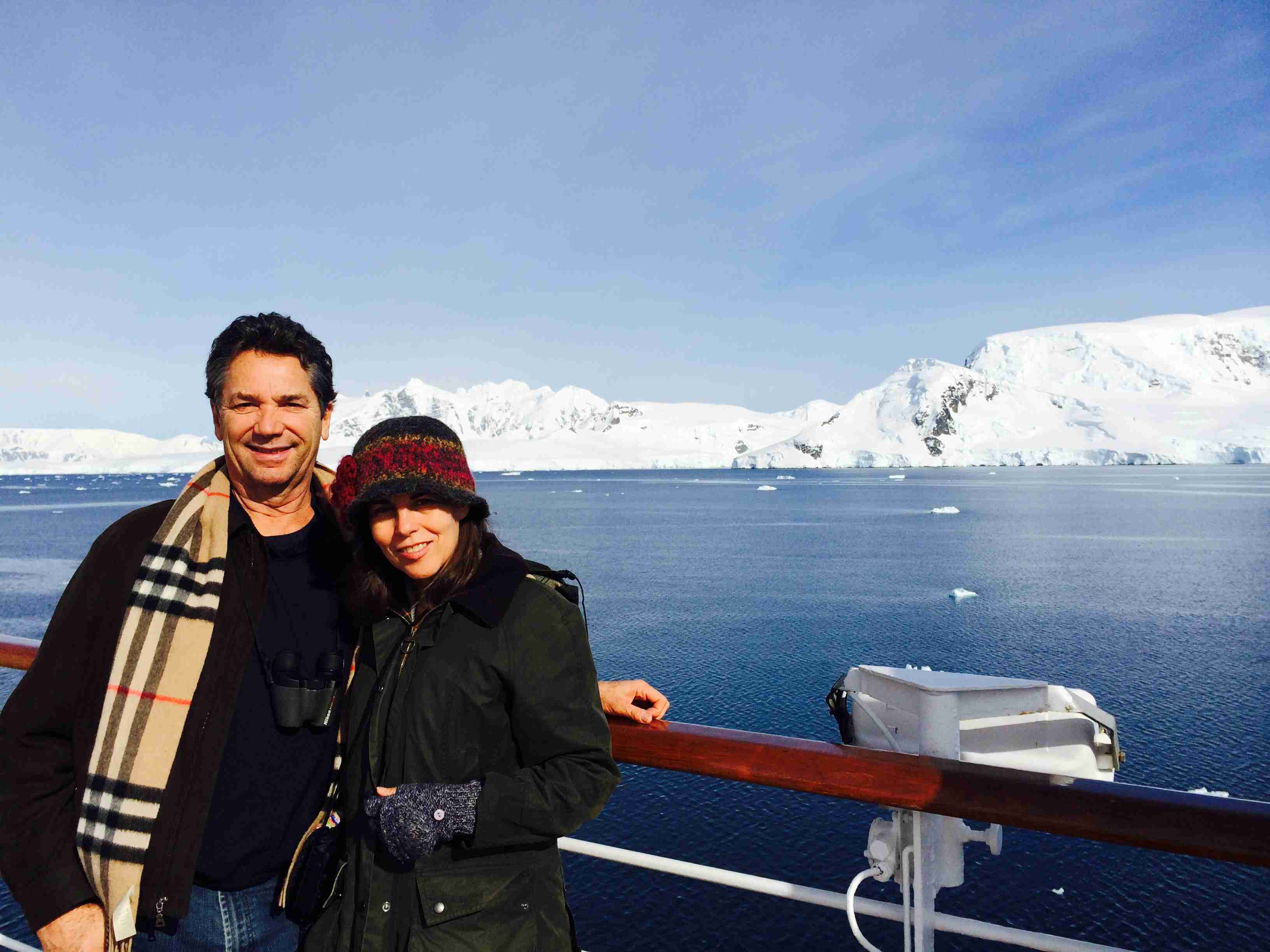 I just got back from a 23-day trip to South America and Antarctica with my honey, Ken Holmes.

It wasn’t just a vacation, it was the trip of a lifetime. Happiness doesn’t get any better than that.

Among the many special benefits of going away this time was that we made a conscious choice to disconnect. No phone, no internet. We checked in with our email at three places: Montevideo, in Uruguay; Puerto Montt, in Chile; and Santiago, Chile, at the end of the trip.

The three occasions where we checked in all had a special purpose. We were in Montevideo the day before Christmas (we were out at sea on Christmas Day) and we wanted to wish everybody a Merry Christmas. I made one phone call during the trip to wish my mother all the best on Christmas Day. In Puerto Montt, Michigan State University had just won the Rose Bowl and Ken wanted to read the sports boards to find out how everybody at his alma mater was celebrating, as he had not been able to see the game on TV. And finally, the last day, when we flew out of Santiago, it seemed like a good idea to plug back in and find out if there were any major disasters awaiting us when we got home.

Fortunately, there weren’t any.

The average adult spends about 5 hours a day online as of 2013.

Daily TV time actually went down to about 4 hours and 30 minutes, but that doesn’t apply to me as I don’t watch television, a conscious choice I made years ago. I decided I didn’t want to be programmed by the mass media any more than I already am from the internet, magazines, billboards, movies and our culture at large. And not to mention I somehow manage to find a lot more fascinating things to do with my time – yoga, meditation, knitting, writing and beading among them.

A recent article in Scientific American explained that heavy emailing and chatting online as well as peer-to-peer file sharing as well as a tendency to switch between multiple websites were all indicators of depression, so I can postulate that perhaps one way to heal depression naturally may be to unplug.

Media overload from the internet, TV, radio, email and social media is the sixth biggest cause of stress in the United States, according to the American Psychological Association, American Institute of Stress.

I couldn’t tell you exactly how much I personally spend online, but I will say that once I wrote my second book, What Is Healing? Awaken Your Intuitive Power for Health and Happiness (Atlanta: Total Fitness, 2013), http://amzn.to/1iCC91P, everybody who knows anything about book marketing told me I had to suck it up and get online and promote it.

And I am happy to say that it went to No. 1 in TWO categories in October 2013 and continues to do very well as a result of those efforts.

So what’s it like to be totally disconnected, unplugged and just live life as it comes along?

I have to say I have never been so relaxed in my whole life.

Before I left, knowing that I did not want my inbox to be flooded while I was gone, I spent weeks unsubscribing to every unnecessary email that I could. That took hours every day, just sorting through the communications that were absolutely essential.

We did not sign up for the internet on the ship, which was quite expensive and reportedly maddeningly slow, so the only people to communicate with were the people immediately around us.

It became more important to talk with our new friends, who came from all over the world – Switzerland, Russia, Japan, Canada, Poland, Australia, Holland, Brazil, all over the U.S. You could never tell what nationality you would be having lunch or dinner with.

We didn’t start our day checking in with the email and didn’t end our day returning phone calls. Therefore there was more time to be present with each other, to linger over breakfast and spend hours conversing at dinner.

Because our words were not being broadcast around the internet, there was more intimate conversation and we never tired of talking with each other.

And because we had made a choice to unplug, there was nothing outside ourselves demanding a reaction. Our experience came from within and allowed us to be fully present to enjoy the breathtaking scenery of Antarctica.

When was the last time you spent your entire day really admiring the beautiful world around you?

Usually, even when I go on vacation, I remain accessible by email and always be phone.

Having spent three weeks unplugged, I highly recommend the experience to everybody who wants to rediscover the value of living life in their own sweet rhythm.

I think this is worth doing, being totally unplugged so that happiness can emerge in its own sweet time.