Little Miss Can’t Get Enough Lives Up To Her Name 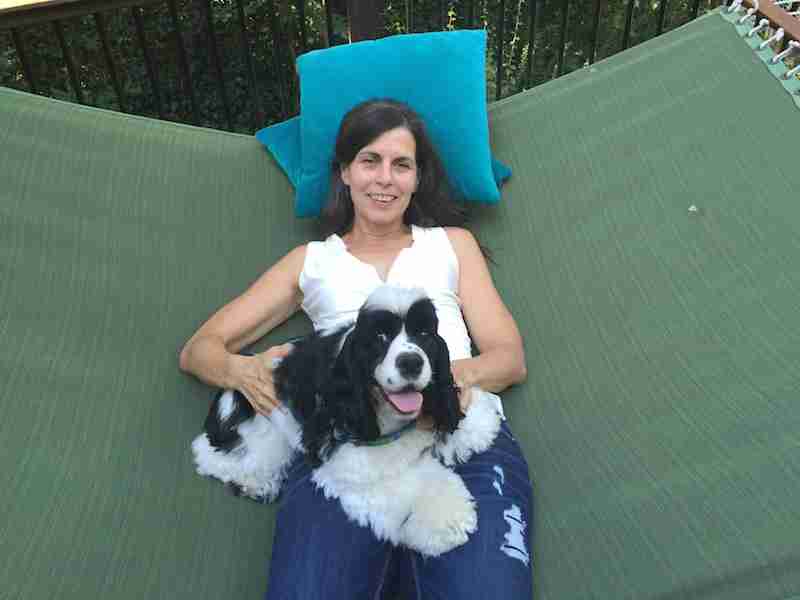 “What’s in a name? That which we call a rose by any other name would smell as sweet.”

This is a dog story.

Since everybody usually likes dog stories, brace yourself.

This past week, I received the official American Kennel Club application for my new dog Dixie, winner of not one but three beauty contests in Georgia, South Carolina and Maryland.

According to the contract through which I adopted her, I received this application upon remittance of the documentation that she had been officially neutered.

Even though I had seen it before, when I saw her official fancy name typed out, “Dalin N Clovercreek’s Can’t Get Enough,” I did a double take and wondered if I am doomed.

No mere “Dixie Chick, Dixie,” or “Hey you Muffy” or whatever other people typically call their mutts.

No, somehow I adopted a dog called “Can’t Get Enough.”

Now here’s why this fact hit me square between the eyes.

Only a week ago, my darling one-year-old Dixie the retired beauty queen had spent a day and a half at the vet hooked up to IV fluids.

For four days, she had experienced unremitting diarrhea.

I was scheduled to take her straight to the vet after that, but we had a day of apparent normalcy where I stupidly thought I might possibly be off the hook only to have my breakfast interrupted the next morning when she vomited so thoroughly I chose not only to wipe up the mess but to follow up with an emergency kitchen floor mop before rushing off to the medical professionals.

“What had she been eating?” I fretted.

The puppy food I had originally been giving her had been recommended by her breeders.

Thinking that she had suddenly developed an allergy to her puppy food, I had been trying a smorgasbord of other dog foods from the grocery.

No, that wasn’t it either.

When I really thought about it, the problem was what had she NOT been eating. In other words, she had been chomping away at everything in sight.

I would be sitting in my office minding my business only to hear some pronounced munching from the next room.

I would rush into the living room, grab the pine cone out of her mouth and put the brass bowl of fire starters out of the way.

I would hear distinct brittle sounds from far away.

Rushing into the room to grab the pen out of her mouth, I would throw away the ink cartridge that remained.

Down in my studio one day Dixie decided that a white phalaeonopsis was far too tempting, grabbed one of the blooms with her mouth and proceeded to pull the entire plant out of its pot.

I grabbed my curious canine and rescued my orchid.

Out on walks she would nab a hickory nut shell when she thought I wasn’t paying attention.

She looked like a little monkey with half an orange stuffed between her teeth, walking along at the other end of the leash.

One morning after a walk I came back to my desk only to discover she had eaten the earbuds for my iPhone.

Stacks of pillows in my yoga room had their tassels gnawed.

A cord to an electric fan attracted a lot of attention one day but then I was there in the moment to pronounce “Leave it!”

And then today, to add insult to injury, I went into my library only to discover she had partially eaten the manuscript from one of the 12 plays I wrote long ago.

Clearly, she is a pup with literary tendencies.

“She needs chew toys,” her dog trainer helpfully chimed in.

Only thing is I looked in the bedroom one night and there was not just one but five dog toys – a rabbit, a squirrel, a hedgehog, a plastic bone and a donkey – strewn about the carpet.

No, deprivation is not her problem.

My old dog Belle had been obsessed with food, but at least the teabags, protein bars, nuts and other victuals she grabbed out of my clients’ purses over the years had some nutritional value.

Towards the end of Belle’s years, I had my rug cleaner on standby.

I had thought by adopting a one-year-old I might be spared sudden inconvenient deployments of this portable and practical apparatus, but clearly I was mistaken.

Little miss “Can’t Get Enough” is living up to her moniker.