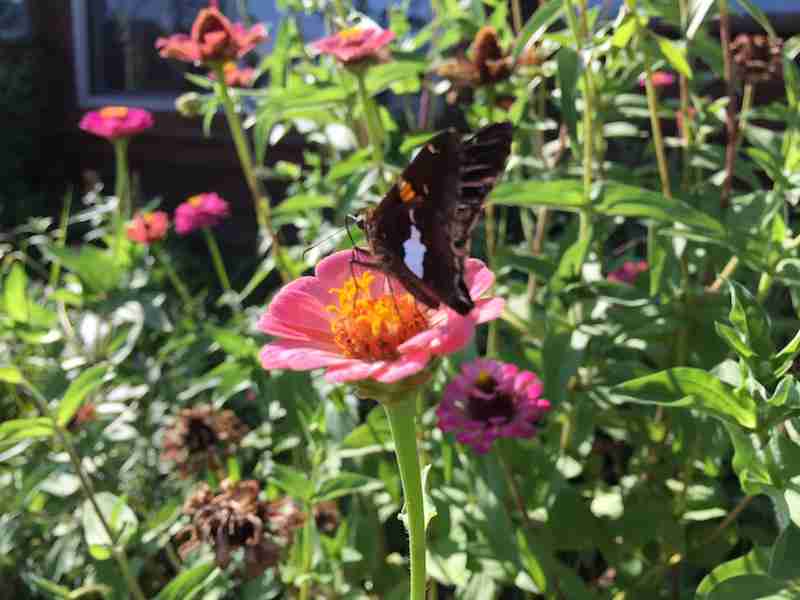 “I shut my eyes in order to see.” Paul Gaugin

One of the simplest ways to learn to see auras is to look inside yourself.

Many people have a hard time seeing the energy field of another person standing right in front of them.

Other people project so much information – quite literally the self image they want you to see and how they are feeling in that moment –  that you may miss important clues about what is really going on.

You may find this method a little easier:

The truth is that where ever your mind goes, your soul goes also.

I use this technique many times if I am doing a medical intuitive reading of a person in another country who I have never met.

Often, parts of a body will leap out at me.

For example, yesterday I was doing a medical intuitive reading over the phone with a high level executive in another city who has had increasing incidents of severe migraine headaches.

The migraines come and go with random intensity on different days of the week at different times of the day.

He hadn’t been able to correlate any specific triggers, and had worn himself out mentally trying to ferret out what had been causing the problem.

As I saw him in my inner vision, I was naturally drawn to his eyes.

Inside myself, they looked swollen, puffy and exhausted, with the deep level of fatigue extending all the way to the back of his brain.

The back of his brain looked red, indicating inflammation.

He had suffered from a migraine attack just a few hours before we spoke.

If I could draw that as a picture, it would be like a little head with gigantic eyes.

I could also envision that when he spent too much time on his computer and other electronic devices, the pain in his head would get set off like an alarm bell.

“What the heck is going on with your eyes?” I asked.

“I had cataract surgery about a month ago,” he admitted. “I had one eye operated on and two weeks later they did the other eye.”

I could also see that even though he was reading his smart phone, laptop, iPad and books, his eyes had not fully recovered and that the strain of all this was exacerbating his headaches.

“You have not allowed yourself to recover,” I semi-scolded him.

He admitted that on the same day of the eye surgery, he had gone back to work for 11 hours.

I asked for guidance about his migraines and found these causes: 10 percent dehydration due to extreme mineral deficiency, 30 percent adrenal burnout, 20 percent too much uninterrupted time staring at high EMF computer devices and 35 percent visual stress.

I did not account for the remaining 5 percent, but found no food triggers as he eats extremely well.

I recommended liquid minerals, an EMF protection device for his cell phone, an eye pillow to rest his eyes for 20 minutes twice a day, taking 10 minute breaks after every 30 minutes of computer work and advised him to follow up with me to learn how to recover his personal energy.

As I watched my mental picture of how this gentleman lives his life, I could see that he has a work hard, play hard personality and had no clue how to rest.

“You have no method of recovering or rebuilding your energy,” I said. “This would be like having a business with good production and administration but no sales and marketing.”

I always do my best to speak each person’s language. In this case, speaking to an entrepreneur, I spoke in dollars and management terms.

I showed him his picture using the symbols that meant the most to him.