Make Friends On Your Walk 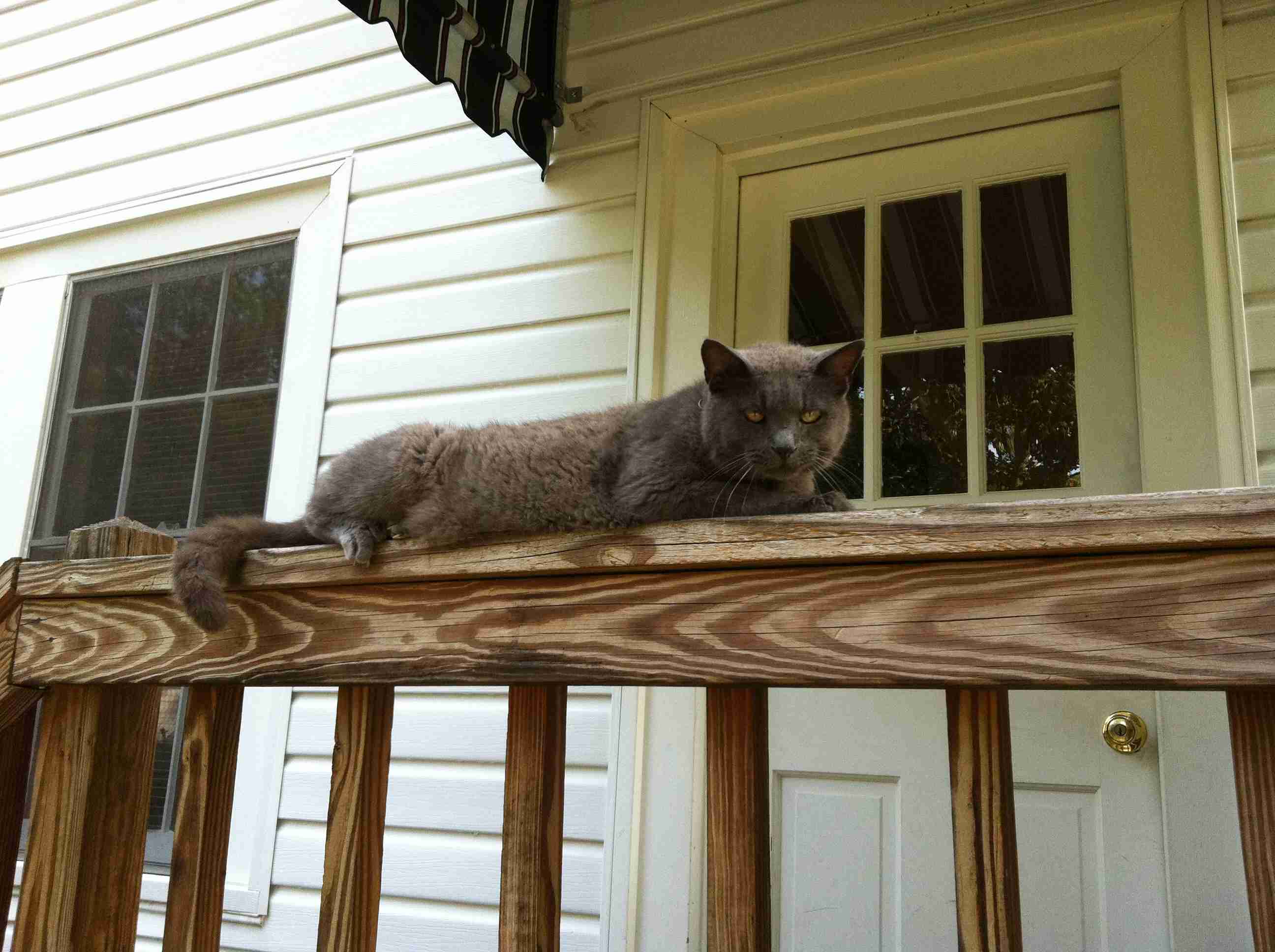 This is Blue, a grey boy cat.

He is one of the friends that I visit regularly when I go for my walks.

I have been friends with Blue since at least 2002, which means that he and I are old friends by now. We are always so happy to see each other.

Many people have lots of issues about exercise.

They find it boring, painful, lonely, awkward, time-consuming…but you and I aren’t going there.

What I recommend is that you find a regular walk that you like in your neighborhood so that you can get to know and make friends with all the animals along your route.

Making friends with all the animals is such a great idea because the human inhabitants come and go and do not keep as much of a regular schedule as the cats and dogs.

When you get to know the animals on your walk, you will look forward to seeing them and they will become excited when they finally get to know you.

Blue has let me pick him up and snuggle. Sometimes I carry him half a block before he goes back to his regular perch. Sometimes I bring him snacks. He does not like my dog Belle, even though she is a sweetie. They have issues with one another.

One time I made Belle sit while I went to pet Blue.

Then I played a game of red light green light with Belle.

I would turn my back on her to pet Blue, and when I turned around, she was just a few steps closer.

I would make her sit, and then turn around again to talk to Blue, and the entire process would repeat itself until all of a sudden Blue and Belle were face to face and the words they exchanged then were obviously not all that pretty.

Blue doesn’t even live at the house where I took this picture.

Over the years, I have learned his story.

Blue actually belongs at a house up the street, but he lives with a tail-less bossy orange cat, who I have also met, who makes his life miserable.

Hence he hangs out at this house, where he likes the dog who belongs there.

Every morning after breakfast he makes his way down the street to hang out at his adopted home.

Around the corner from Blue are Sarah and Callie, two golden retrievers. They like Belle and sometimes we all stop at their corner and I give all the doggies snacks.

Going for a walk does not have to be a lonely experience if you make friends along your way.