Medical Intuitive Reading For A Horse 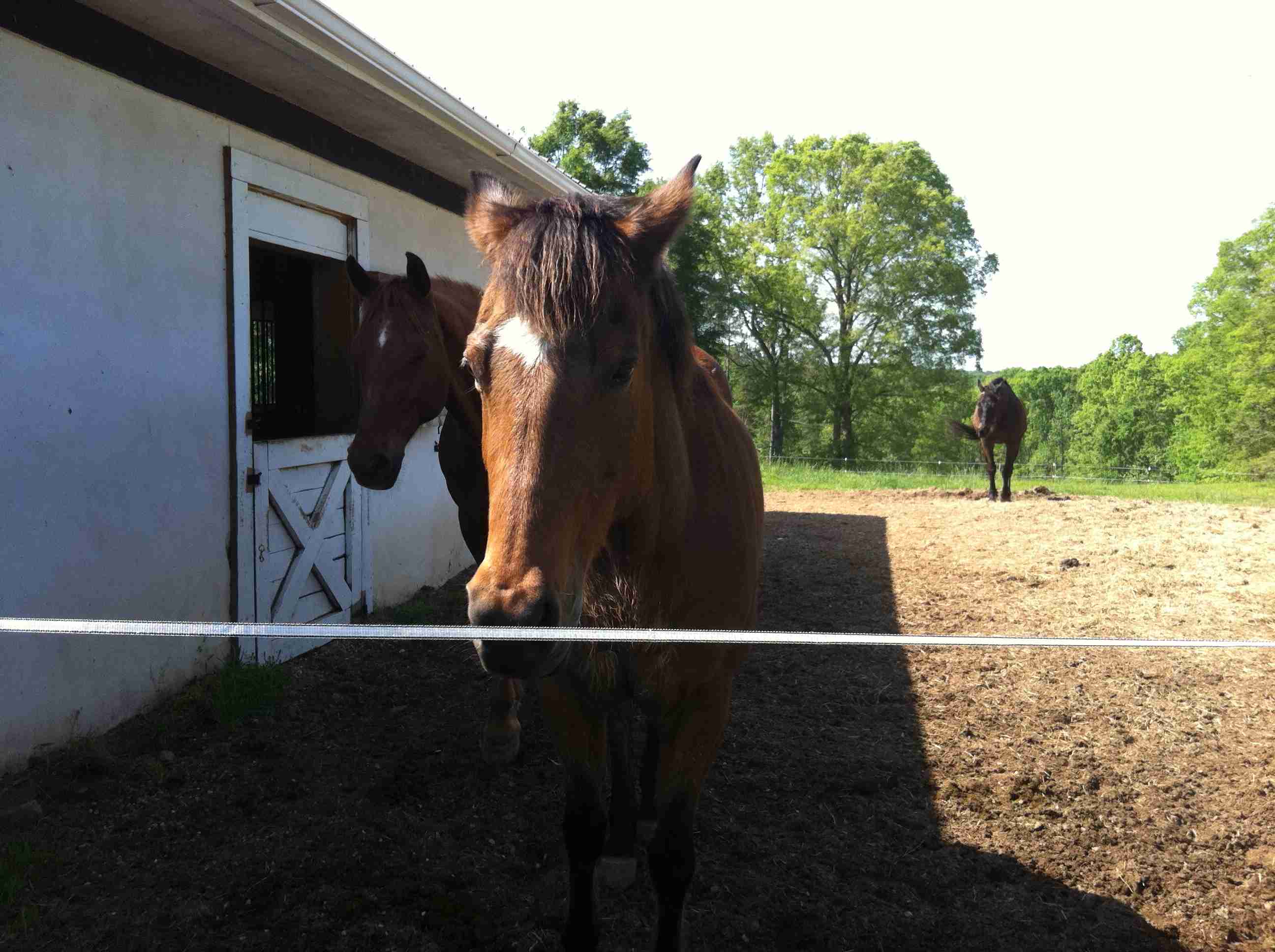 It is an opportunity for me to listen very deeply at the soul level. To me, this is sacred communication.

Among the creatures I most treasure the opportunity to do this for are animals and little babies.

That is because neither animals nor babies can tell you in words how they feel. It takes someone like me to be able to tune into them and help them get the assistance they need in order to feel better.

I have done medical intuitive readings for dogs, cats, goats and horses. One of the things that the animals all talk to me about usually is their food, which is very important to them. But you would be surprised the depth of emotions that they experience, and I hear all about that as well.

This morning, one of my best friends called to let me know that one of her horses had been sick and she had lost sleep worrying about him. She was thankful he had made it through the night.

Although I could have done a distant healing on his behalf from the convenience of my home or office, I decided I needed to go to her home to comfort her. I knew that she wanted to understand what was wrong with him and what she could do to help him feel better.

“Why did he lay down in the pasture yesterday?” she asked me.

We sat together in her living room over a cup of tea. The horse in question was miles away.

I do not need to see someone or put my hands on them to know what is wrong or what will make them better.

First, I asked for the priority and was told I needed to work on his heart. I did a distant healing for the horses’s heart, which was quite involved. I told my friend that he needs medicine for his heart that he could get from his veterinarian and also to have a lab test for mineral deficiency.

I had warned her a few weeks before that he was mineral deficient, and she had been giving him a supplement, but it wasn’t enough. He was retaining water.

After I did the distant healing, the horse’s soul spoke to me. He was lonely and he missed a young lady who used to live on the farm. She took care of him and fed him every day in exchange for housing there, but had moved away. She had become pregnant and had not wanted to come back to the barn for fear of catching any illnesses that might affect her unborn baby.

The horse did not feel a part of the social life of the other horses at the barn. He told me that the others felt they were all better than him. He likes a mare who had recently become pregnant, and he felt she was the nicest horse in the barn, but other than that, he preferred the dog who visits the barn over any of the other horses. He told me he feels cold in the pasture and needs a sheet on him even during the day. The other horses were not cold, but he was. He was offended that his blanket had been lent to another horse. He wanted a certain kind of apple for a treat and asked for his shots again. He showed me a picture of the kind of apple he wanted. It was not a red delicious or a granny smith apple. It was green and red and small and round.

When I receive information like that, I know for a fact that I am channeling real information as I had no idea that the horse had been receiving shots, much less vitamin shots. I did not know that my friend had given him a certain kind of apple.

He had been receiving glucosamine injections, but the owners of the barn were running low on the supplement and hadn’t been giving it to him lately.

He told me his shots made him feel better. He wanted a shot every week, and he told me specifically how much he wanted.

He also told me that he wanted to be petted. He felt awful and his legs hurt pretty much all the time. He did not want to be ridden for at least three and a half weeks.

He told me he wanted a poultice on his two front legs and showed me a picture of what the poultice was supposed to look like with fluffy white cotton. He told me what he wanted done to his hooves.

He said he preferred women over men and asked for the female dog to be let into his stall to comfort him. He told me he did not like a certain other dog because he felt she is spoiled, ate his treats when she didn’t deserve them and barks too much.

I saw that his heart was enlarged and that his kidneys were not working very well.

I have much compassion for animals like this and I feel so fortunate to be able to convey their true hearts desires.

No matter who we are, animals, babies or human adults, when we are feeling poorly we want someone there to comfort us, to love on us and to stand beside us as we face our suffering.

My friend thanked me so much for the reading. She had tears in her eyes as I spoke. I knew I helped her feel better also, blessing with the knowledge of what she could do to comfort him. She called the barn immediately and told the gentleman who worked there what to do until she herself could go in person.

I knew I helped the horse. To be understood, whether we are human or animal, is truly one of our soul’s greatest longings. 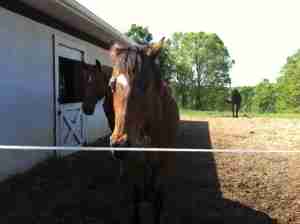 Horse At Farm Outside Athens, Georgia