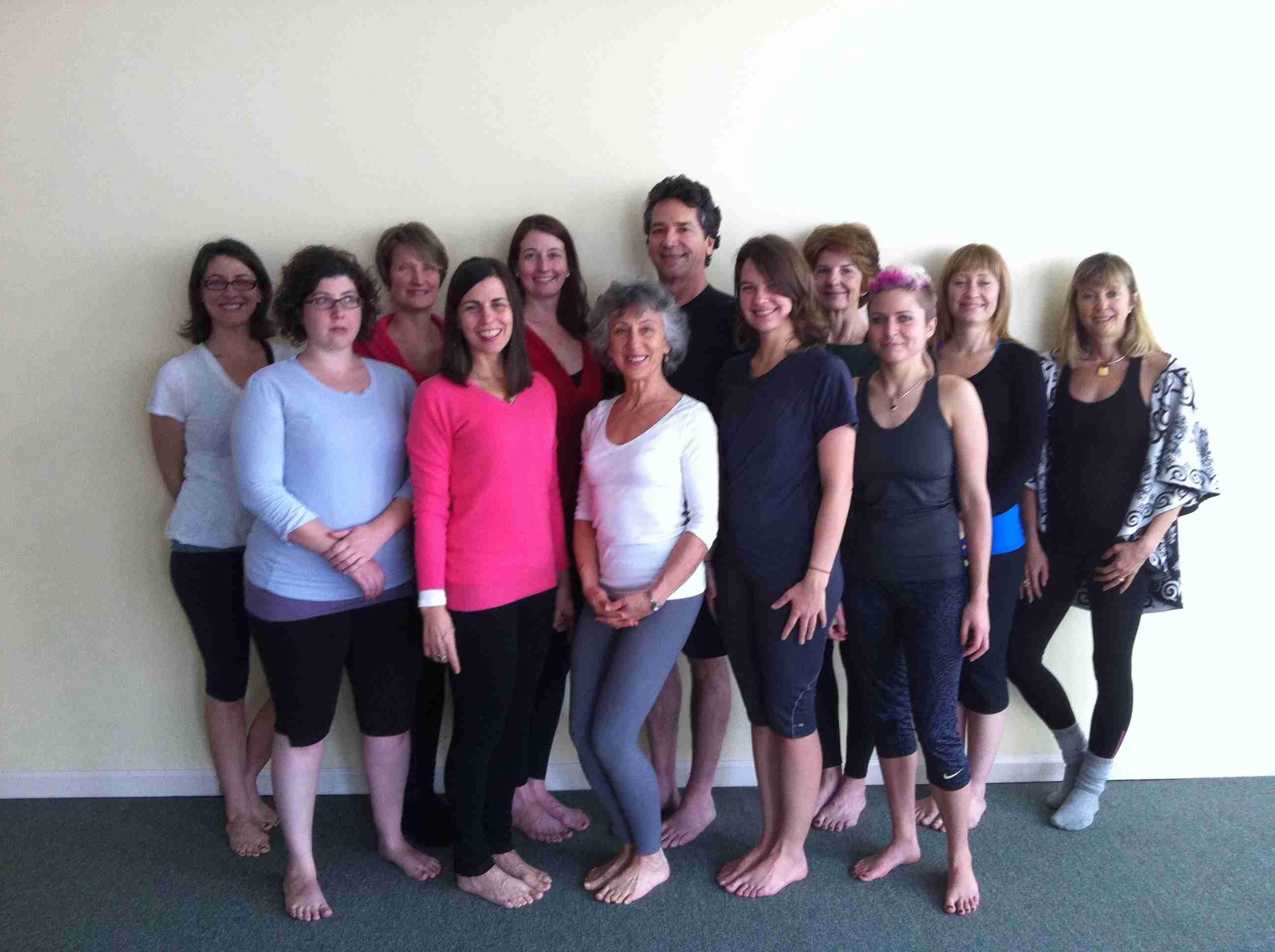 In 2011, I began studying with Lillah Schwarz of Lighten Up Yoga in Asheville, North Carolina.

At first, I accompanied a friend to one of Lillah’s yoga retreats. Then I went with my friend to a series of seminars about yoga for healing the back.

It became obvious to me that Lillah had a lot to offer.

So at the end of 2011 I signed up for my sixth yoga teacher training.

“Why are you studying more yoga?” my mother asked me.

It wasn’t as if I didn’t know how to teach a triangle, how to stand on my head or practice ujaiyi breathing.

No, I wanted to deepen my personal practice and take my teaching to a whole new level.

As of this year, 2013, I will have taught yoga for 17 years. Lillah has taught for 30 years, so I knew that there was more for me to encompass, and I was right.

Following the four trainings in 2011, I completed nine weekends in 2012 and just finished my test in Asheville for another 200-hour of teacher training. I plan to continue on studying with Lillah to earn my 5oo-hour certificate, which Lillah assures me that by now I deserve to have.

What do you learn in a yoga training?

Each of the trainings I have participated in have benefited me greatly. I began by studying with the Atlanta Yoga Fellowship. Then I went on to the White Lotus Foundation in California, followed by Integrative Yoga Therapy at the Kripalu Center in Massachusetts, and then taking Erich Schiffman’s yoga teacher training not just once but twice.

I thought after studying with Erich in Santa Barbara and then again in Los Angeles that I had found the style and manner that I would want to be teaching for the rest of my life.

After meeting Lillah Schwarz in Asheville, I knew that there was more for me to embrace.

Lillah learned yoga from B.K.S. Iyengar. Her style of teaching is alignment based and focuses on the internal actions in every pose.

If you were to look at a person practicing yoga and holding a pose, it might seem easy or difficult to you, but you would not necessarily be able to read the deep level of internal action that is going on.

These pairs of opposites, as Lillah calls it, allows us to ground our energy into our body, massage the internal organs and stretch and strengthen not just muscles but also the connective tissue.

You could call it Rolfing from the inside out, a profound way to practice that releases tension, repairs scar tissue and opens up our energy channels.

So that’s what I have been mastering over the past year.

Photo: Our 2013 graduating class. Lillah is standing next to me with the white shirt and grey tights.