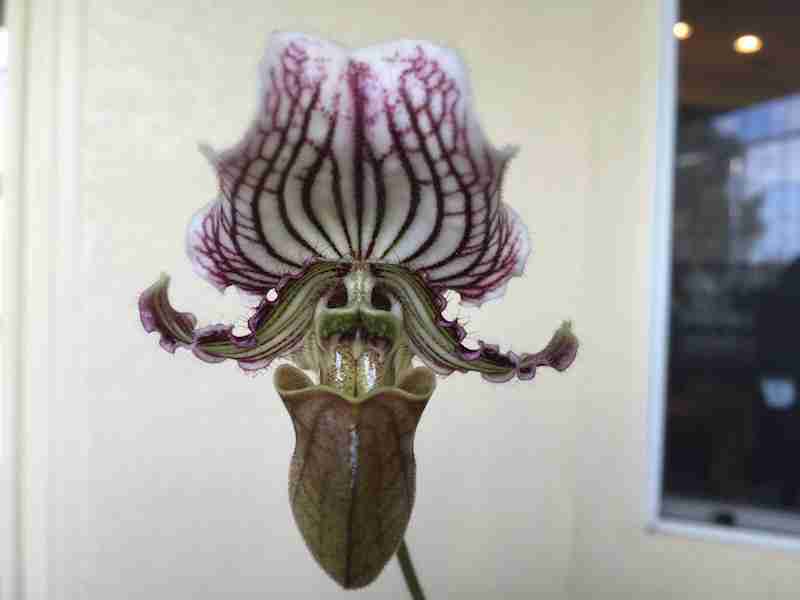 If there’s one thing you can’t rush, it’s an orchid.

It’s been one year and nine months since my Paphiopedilum Fairrieanum fairy orchid bloomed, not that anyone other than me has been counting.

Now that he has shown me his beautiful face once again I have to say it has been worth every hour of waiting.

I got to select this amazing creature as a birthday gift in March 2014. It was love at first sight – I can honestly say I have adored him since the second I laid eyes on him at an orchid show at the Atlanta Botanical Garden. 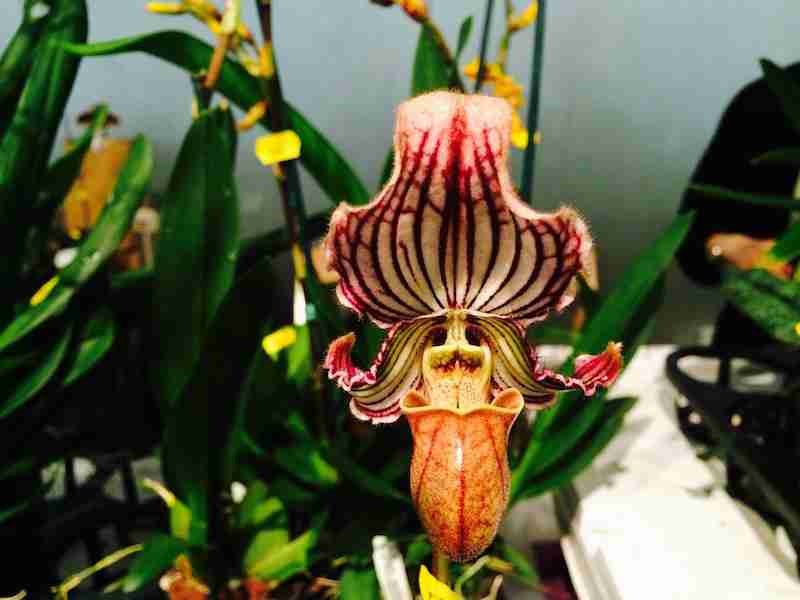 My first date with Paphiopedilum Fairrieanum

I made many mistakes, first putting him in too small of a pot. Realizing I had gotten our relationship off on the wrong foot, I put him in a second pot, only to realize soon afterwards that he wasn’t too happy there either.

I over watered him, only to discover that he still wasn’t too thrilled with me, so I backed off and settled for benign neglect. But I still kept checking on him along with my other fabulous orchids, watching him carefully day after day, holding out hope that he had not given up on me despite my many miscommunications.

As luck would have it, I visited an orchid farm this summer. Recognizing another hopeless orchidaceae lover, the owner spent not just one but two and a half hours with me introducing me to virtually every one of his specimens and sharing his advice.

“You have to fertilize your orchids every time you water them,” he insisted. “Four inch pots get watered every four days, two inch pots water every two days.”

What did I know? Before then, I just listened to my orchids. That technique worked rather well except for with Mr. Fairy, who let me know he was more particular than that.

I left the orchid farm armed with World Champion Super Thrive, which you can read about on Amazon at this link, and a large tub of turquoise blue crystals marked Special Orchid Fertilizer, 20-10-20, which you may be able to find at this link.

I mixed 1/4 teaspoon of the Special Orchid Fertilizer in a gallon jug of water along with just one drop of Super Thrive.

Finally on the right path thanks to professional advice, Mr. Fairy began to look pleased I had wised up. 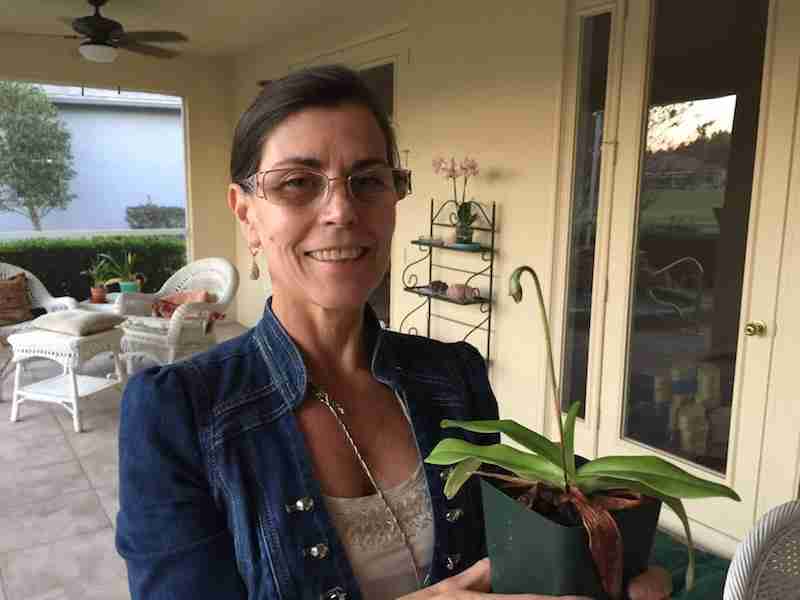 A slipper orchid forum reports that Mr. Fairy originated in Northeast India and was first found in 1857:

“Named for a collector from Liverpool who bloomed it and showed it at the London Horticultural Society named Mr. Fairrie. Apparently nearly all were lost from cultivation by 1905. Around this time the famous orchid importers Sander & Co offered a reward of 1,000 pounds for its rediscovery and exclusive knowledge of its origin. Sure enough it was quickly rediscovered and it is said that Sanders & Co was saved by this species…even though there was some controversy when reward collection time came.”

You can see a print from 1895 in Gardening Illustrated of this lady slipper orchid growing in the wild at this link.

The C.P.R. Environmental Education Centre, a center of excellence of the ministry of environment and forests, government of India, reports that the trade in rare endangered fairy orchids has been restricted due to the depleting forests and natural habits of these specimens.

The fairy orchid seemed to have disappeared from its natural habit in India, only to be rediscovered in 1957, two years before I was born.

You can buy yourself a fairy orchid for about $28 at this link, where the grower claims they are “easy.”  I would not agree with the advertising come on. To me, fairy orchids are best left to those of us so hopelessly and madly in love we will do anything to make one happy.

Apparently, I’m not the only one.

“I’m so jealous,” one orchid fan reports on another forum.  “Fairriaenums are my very favourite paphs and I’ve yet to see one either for sale or on the showbench–and that’s in many, many years.Virtually non existent in the UK.”

For now, I will be taking his photograph day by day and doing my best to listen to him even more carefully.

Please join me in celebrating Mr. Fairy, a truly magnificent creature who reminds us all of the magic and wonder of our amazing planet.