Ready for a Sermon: How To Let Go Of Judgment 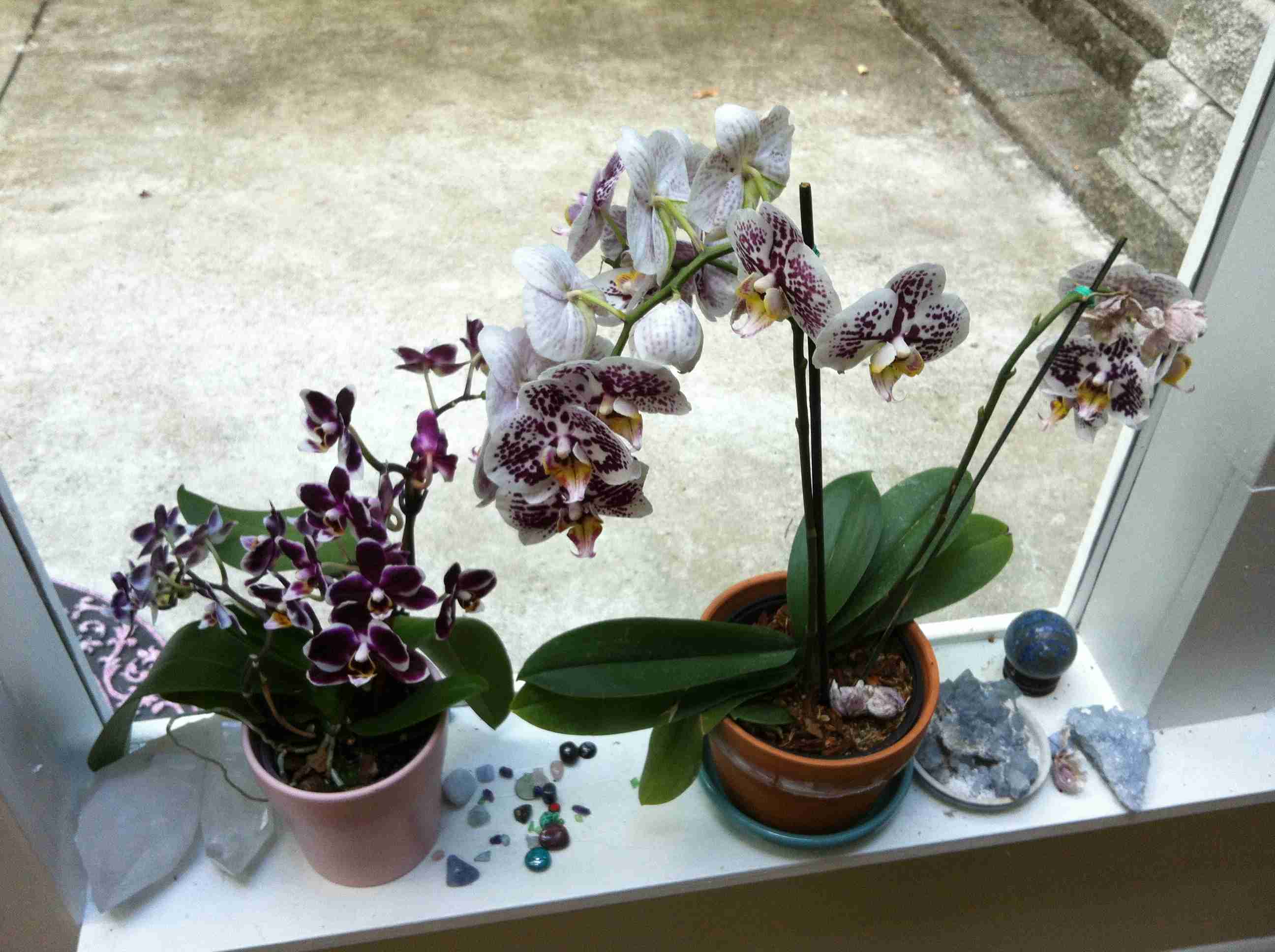 I’ve been getting ready for some time, meditating, praying and writing, about my talk Sunday morning at the Unity Church of the Mountains in Blairsville, Georgia, on August 18.

Here is the rough draft of my talk:

Talk at Unity Church of the Mountains

“Let the words of my mouth and the meditation of my heart be acceptable in your sight, O LORD, my rock and my redeemer.”

My talk today is about “How to let go of the habit of judgment.”

I was reading an article recently in the MailOnline, a British paper. There was an article about people who had been in concentration camps during World War II. These people had been through what we can all imagine are the worst possible losses any human being can ever experience –

The psychologists who analyzed the data attributed the increase in longevity to what they called traumatic growth.

In other words, because of everything that these people had experienced, they had grown spiritually. They valued life more, they valued relationships more, they had a deeper perspective.

In other words, something that on one level you could judge as being about the worst thing that could ever happen to a person ended up being a huge blessing when looked at from another perspective.

I wanted to talk about “Letting go of the habit of judgment” because it’s something that I am personally working on right now.

Earlier in my life, I was blessed with a father who beat me until I urinated on myself and I spent two years in a support group for battered women. When I was diagnosed with hepatitis – inflammation of the liver – I came to the immediate realization that I needed to forgive my father or my bitterness and anger towards him would kill me.

So I believe I have become somewhat of an expert on forgiveness.

I could give a talk about how to forgive others quickly, easily and thoroughly, but wanted instead to share my current area of spiritual meditation.

As spiritual people, we eventually come to the realization that forgiveness is not only a good idea, that forgiveness is good for us. We know from a healing perspective that actually forgiving others is one of the most powerful natural healing remedies of all.

But after many years contemplating the subject of forgiveness, I have come to the insight that it would be really good to get to the point that we can bypass the need for forgiveness.

When we recognize the need for forgiveness, we are still coming to the conclusion that supposedly something “bad” – and I use quotation marks here – has happened to us.

Those “bad” people did something “bad” to us.

We can save ourselves years of personal turmoil, decades and possibly thousands of dollars for therapy if we can just cut to the chase and stop judging other people, ourselves and the supposedly “bad stuff.”

So this talk is my current meditations – so far – about how to be more efficient, spiritually speaking.

From an energetic point of view, I would like to offer my observation of what happens when I judge someone.

Another person is also like a filing cabinet. They have their history – what happened to them when they were 4 years old, all their feelings and why they came to certain conclusions about life or other people.

When I judge another person, this is what I do.

I observe another person’s actions, feelings and thoughts.

Then I go to my filing cabinet.

I run the situation through my filing cabinet.

I’ll take the Boston marathon bombings as a simple example.

I personally don’t have any programs in my filing cabinet that say, “When I hate people, I will make homemade bombs out of pressure cookers, take my little brother and plant these bombs in a public area to kill innocent people I have never met.”

I can run that information through my own filing cabinet for years and it will still make no sense whatsoever based on my own personal history, my own emotions and my own thoughts and beliefs.

So when we are judging other people, what we are literally doing is taking their thoughts, their feelings and their behavior and running this information through our own filter.

We actually get momentarily stupid and forget that other people don’t have the same filing cabinet that we do.

Why is this toxic energy?

Because it’s not me.

It’s not my path.

It’s not my soul journey.

I wear cheater glasses that I buy from Michael’s. I pay about $2.99 for them if I don’t have a 40 percent off coupon.

Even though these glasses don’t cost that much, I have them all over the house, and yet I still manage to lose them.

If I lose my cheater glasses, the first thing I do is run through my mind where they might be.

When my mind is running through these various locations, energetically I am literally experiencing the energy of each of these locations. It’s just the same as when I am actually running all over my house trying to find them, going from room to room.

Every thought that we think and every emotion that we feel has an immediate biochemical reaction in the body.

It is well known that 5 minutes of pure anger will raise your cortisol – your primary stress hormone – for 6 hours. High levels of cortisol will make you fat and stupid. Cortisol breaks down your neurotransmitters, lowers your thyroid function, interferes with learning and memory and is so destructive in the human body it will destroy hair, skin and even bones.

So in a nutshell, judging other people is actually toxic to us not only from an energetic point of view but also biochemically.

Now here is the story part. Remember that stories aren’t always linear. Good stories have a lot of twists and turns and unexplained, “how did you get there” grey-area endings.

When I was 8 years old, I went to Girl Scout camp. Even though I was just a few miles outside of my hometown of Savannah, Georgia, it was the first time I had been away from home by myself.

While I was at Girl Scout camp, I met a girl who said she was an atheist or an agnostic – I am not sure I remember which, and at that point I know I couldn’t really explain the difference to you. All I know is that I felt very upset because she told me that God didn’t really exist.

I went to my little cabin all by myself and said a prayer.

“God if you are really there, please prove to me that you exist.”

As soon as I said that prayer, I felt all the warmth go out of my heart.

I started crying. Real tears. “Ok, Ok, I know you are there God. I believe you!”

That knowledge, that God actually exists and lives in our hearts and warms our souls, that actual experience, served me well throughout my entire life and gave me the inner strength to withstand the judgments of others.

If you have ever been judged, as I have been, many times, one of the thoughts that you generally have is, “Well they just don’t have all the information.”

When we ourselves are judged, we often come to the conclusion that the people who are judging us are missing some of the key facts that, if the information were known and understood, would cause the person who has been judging us to come to a different conclusion.

Flash forward to when I was age 18.

When I was 18, I was committed to a mental hospital because I was suicidal. Even though I had been on antidepressants since I was 16, the doctors gave me more antidepressants and added lithium. At the time, I was a student at Brown University. As a result of my involuntary incarceration in the mental hospital, the university judged me and wanted to kick me out.

Fortunately, one of my professors stood up for me. He refused to let the university kick me out. He knew that I was deeply troubled, but he never thought I was crazy. When I graduated from Brown, I gave the Phi Beta Kappa speech to all my classmates and dedicated it to my professor, in gratitude for him recognizing the true value of my mind. He had more information about me and as a result he did not come to the same judgment as the university.

It wasn’t until I was 34 years old – 18 years after I had taken my first antidepressant – that I got off all psychiatric medication and began learning about natural healing.

I wrote a book about how to heal depression without drugs that went on to become the best-selling book of the original publisher, became the handbook for a network that taught people who to heal depression without drugs and was eventually translated into Chinese. Dr. David Hawkins, author of Power Vs. Force, wrote one of the endorsements for my book.

Then I had to go through another judgment. I was in a Course in Miracles group in Atlanta and I made the mistake of mentioning that Dr. Hawkins had endorsed my book.

“I can’t believe anybody in our little group would have written a book endorsed by Dr. David Hawkins,” a man said to me.

The funny thing was, that when I talked to Dr. Hawkins over the telephone one day, he told me specifically to study A Course in Miracles, but not to join a group, just to study it by myself.

Here is a cheat sheet based on my own experience:

On Monday nights in Atlanta, my partner Ken Holmes and I sponsor a meditation group. I asked my neighbor, Steve Hart, a Zen monk, his thoughts about judgment.

Steve said:  “As long as we cling to ego, we’re going to make no progress on the spiritual path.”

A Course in Miracles says:

I know many of us here in this room are very committed to our spiritual growth.

We can simply say to our ego, when our ego thinks something is bad, “Thanks for sharing.”

We can look at other people and practice acceptance and allowing.

We can allow other people the right to their own life path, their own emotions and their own thoughts – even if that path, those feelings and those conclusions are radically different than our own.

Our soul guidance gives us the opportunity to experience life from a broadened perspective.

To raise your level of consciousness quite literally means to be more aware.

When we raise our level of consciousness we experience the peace that surpasses all understanding.

We can remind ourselves that A Course in Miracles encourages us to think:

God does not forgive, because he has never condemned. (p. 99)

Let’s pray to be given the strength to set our ego aside, to bless all that is happening and to open up the senses of our soul so that we can understand our lives from a deeper perspective.