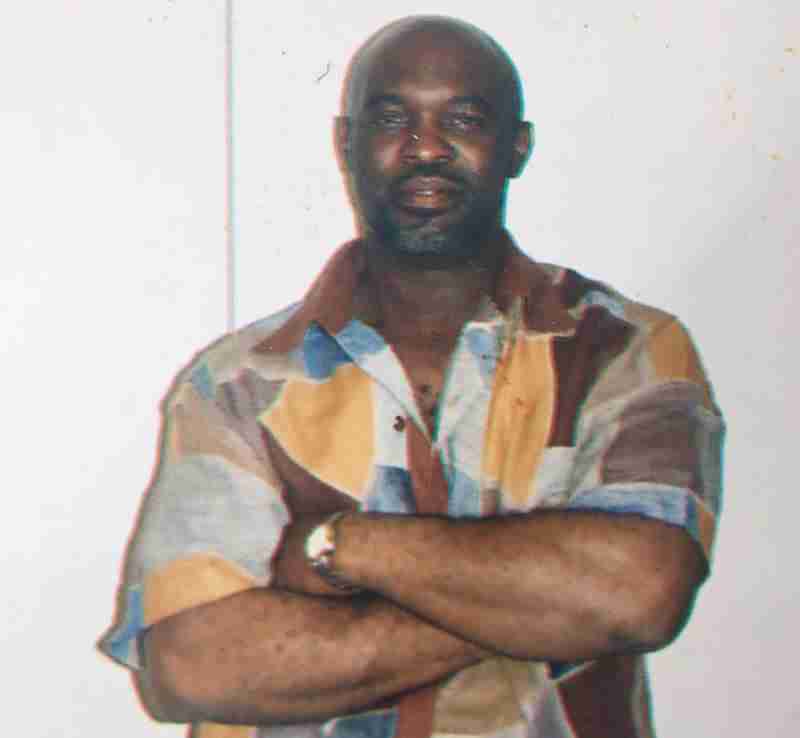 Whenever I have a free hour, I like to take off on a walk through my beautiful neighborhood, my cell phone in hand, snapping photos where ever I can. You see these moments in my blog –  a flower opening, a hawk feather lying in the street.

I have a particular route that I have walked for years.

I know virtually every camellia, every cat, every dog, where the butterflies swarmed two years ago, where the irises come up most prolifically and a crack in the wall where a vine leafs out once a year in the summer.

In the last few days, I have been trying to figure out what kind of tree has been blooming these amazing fluttery pink flowers deep in a thicket of trees on Springlake Drive just off of Northside Drive one block from Collier Road.

Monday morning I took off on my walk and had just rounded the corner onto Springlike Drive when I saw a group of Atlanta city Parks and Recreation workers. They were getting out of their trucks and appeared to be preparing for the day.

“Good morning,” I said to one.

“Good morning,” I said to another man. He seemed to have just gotten out of a white city truck. I smiled at him and he smiled back at me.

It was, after all, a glorious morning, not quite spring in Atlanta, Georgia, but we could all feel it coming in the air and everyone seemed to be thankful for the privilege of being outdoors in the sunshine. How lucky we all felt – you could tell, we felt like the blessed ones.

You could feel the happiness we all shared – free, not locked up in some stuffy office.

I’m not quite sure how many workers I said hello to, but I didn’t stop to talk.

Although I had wanted to photograph the pink flowering tree, the workers’ trucks blocked the view at the corner of Springlake and Northside Drive so I just kept on going.

I had to keep the pace as I had a client scheduled for 11 a.m. and I knew that if I didn’t get my walk in then I would be too busy the rest of the day to get it done.

I trekked to the midpoint of my usual route, touched the curb with my foot to mark my 30-minute mark and headed back home, reminding myself I had to get back in time to change out of my sweaty jeans to look presentable for my client.

As I was walking back down Springlike Drive, suddenly I saw a swarm of police cars, ambulances and fire trucks.

Looking ahead, I couldn’t quite make out what had happened but it appeared a large tree limb had fallen.

“You can’t come this way,” a policewoman warned me.

“This is a crime scene,” she told me.

Wanting to know more but not having enough time to get all the details, I turned on my heels and headed back up the street so  I could hoof it home. I was afraid the detour would make me late – maybe I wouldn’t have time to change out of my sweaty clothes, I thought, but my first goal was at least to make it back to my studio.

It was just 10:40 when I had to turn around on Springlake Drive – 10 minutes after Donald Rembert, a 29-year veteran city employee who had just a few months to go before his retirement had been killed by the falling tree limb.

When I read the news later that evening and saw his photograph, I remember Donald was the gentleman who had exchanged smiles with me.

I felt so thankful that I had said “Good morning” to him, so thankful that we had smiled to each other and that there was one small moment where we could feel each other’s happiness at being free outside in the sunshine and fresh air.

I felt thankful I had said “Good morning” to all the other workers too as I could not imagine the grief they must be feeling at losing their dear friend Donald, who was memorialized in countless news stories as a caring father and a man who, like me, loved being outdoors.

Sometimes a moment of happiness can help you get through the interminable challenges that come up afterwards.

“Every time you smile at someone, it is an action of love, a gift to that person, a beautiful thing,” Mother Teresa once said.

Had I known what was going to happen just moments after I passed by, I would have said so much more.

Even though I did not know him, I wished I could have given Donald so much more.

Even though I did not know him, I feel bereft.

His passing reminds me of how important it is for me to be kind, as I never do quite know what will happen next, not to me or anybody else.