The Mystery of Being A Writer 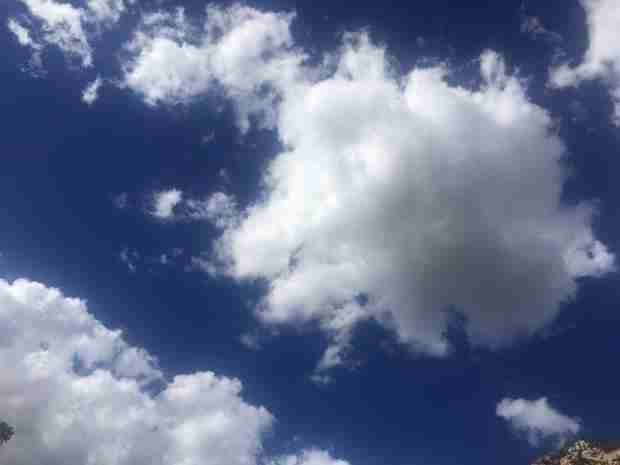 I just got back late last night from a three and a half day writing retreat where I completed the rough draft for my ninth book.

This book, which I am declining to name at the moment, had been wrangling with me for over a year now.

I must have asked guidance 100 times, “Are you sure this is what I’m supposed to be writing about?”

My ego had plenty to say.

“Who’s going to read a book about that?

“Nobody’s going to be reading a book about that.

“Are you sure you know enough to write about that?” and other equally self deprecating comments that managed to fill me with doubt.

Years ago a friend, now deceased, had told me about the writing coach Tom Bird.

You can see my interview with Tom Bird for the Natural Healing Show for UK Health Radio at the link below about his book Write to Heal.

“Catherine,” I recall my friend saying, “this is right up your ally. This is intuitive writing.”

And so it was that Tom Bird helped me break an 18-year-cycle of writers block.

I had published my first book in 1997. What Is Healing? came out in 2012. I recall sitting on the floor weeping at my first Tom Bird writing retreat in Atlanta when I finished my first draft. It felt so good to be able to return home to my writer self at long last.

Four of my six Amazon Number 1 bestsellers have either been started or completed at a Tom Bird writing retreat.

For two years I attended the convention of another well-known writing coach, hoping to learn something new. But when I saw the books that gentleman’s authors had written I thought to myself, “I wouldn’t want to read any of those books.” His writing approach was too left brained, too agonizing. He appeared to be leading a convention of hacks.

“Anything else,” I remember my friend who told me about Tom Bird had said, “is like breaking rocks.”

Yes, the way that most people are taught to write IS like trying to hammer boulders with an ice pick – mind numbingly frustrating. You could do it that way eventually but you might practically kill yourself before you’re done.

So here’s the thing.

My last Tom Bird writing retreat was in November 2015. That’s where I finished Unlimited Intuition Now, my fourth out of six Amazon Number 1 bestsellers.I remember meditating afterwards with my dear friend Ramajon Cogan. 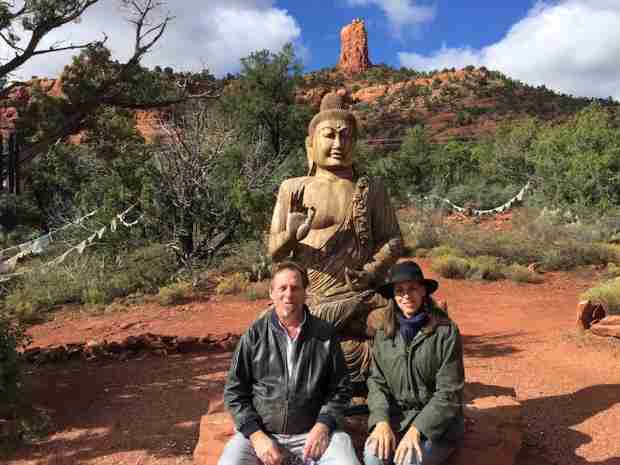 It was there that Rama saw me explaining Twitter to a fellow writer. For two and a half years, Rama and I ran a program to teach social media to other authors. We had fun, learned a lot, grew a lot and hopefully helped all our fellow authors.

Usually before I go to a writing retreat I make a point to get as much rest as possible.

I lie in my hammock.

Sit in my hot tub.

Get as much sleep as possible.

Do as little as possible.

But for the week before this year’s writing retreat, my life was one domestic disaster after another.

Both of my websites crashed and burned.

Some idiot smashed my mailbox on a Friday night and a friend and I had to drop everything, spend $200 at Home Depot, and replace it.

I was busy busy busy with clients and for the previous month had been working with the great Feng shui master Katherine Graham to clear the energy in my home and increase the frequency of my surroundings.

When I wasn’t working with clients I was either driving to the paint store, picking up supplies at ACE Hardware, dropping off old belongings at Goodwill, cleaning out my closets, washing something or making decisions about how best to reorganize.

One night I was leaving to go visit a friend. I put my coat on, turned the alarm on and when I went to pull the door open the entire door handle fell off.

My entire month had been like that – everything that could fall apart did fall apart.

There was no pause to refresh – all I could do was call in the cavalry of my friends who knew better than I did about how to fix door knobs, cement new mailbox poles into the ground, fix broken sinks and all the rest of it.

So on Thursday, March 14, when I finally arrived in Sedona to finish my ninth book I showed up totally exhausted.

I wasn’t exactly sure how I was going to get through it.

My best previous analogy for going to a Tom Bird writing retreat was that it was like giving blood.

Realizing my depleted state, I ate two burgers that first day, wanting to eat red meat to ground myself as much as possible.

Usually at these writing retreats we are instructed to bring snacks so that we can eat a little something every 15 minutes, but this retreat was held inside the Sedona Creative Life Center where anything other than water was strictly prohibited.

I managed to nosh on gluten free muffins, cookies and potato chips during the breaks. Normally as you can imagine I don’t eat that much junk but there was no getting around it, lots of food was absolutely necessary.

I thought I had finished my book but Tom Bird knew better. He told me to keep writing.

I got out the 14 by 17 sketch pad I keep for my writing retreats and kept scribbling, “I’m so exhausted. I don’t know how I’m ever going to get through this.”

Saturday morning, still being on Eastern Standard Time, I woke up at 4 a.m. Sedona time and texted a friend despairing how disorganized I was and continuing to pour on the self doubt.

Then I got up, made myself practice 30 minutes of yoga, put on my big girl panties, headed off for breakfast and resolved to face the day with a better attitude.

Even though I had thought I would never be able to bring everything together, even though I totally doubted why I was writing this book, even though I had felt overwhelmed by all the myriad details I had been trying for over a year to write, on Saturday everything pulled together so that the book seemed downright simple and easy.

That day we wrote non stop from 9 am to 6 pm with about 45 minutes for lunch.

The words flowed out of me.

I totally understood why I was supposed to write that book.

I had seen several other authors who had published thick tomes on a similar subject. I didn’t want to write a scholarly book that would serve better as a doorstop and would only serve to bore my readers for the first 5 minutes before they gave up reading it.

So here’s the mystery.

Even though I showed up at the writing retreat in a state that I can only fairly describe as adrenal burnout, by the time I had written my heart out non stop for three and a half days I felt much much better.

I was delighted with my book.

I could totally understand why it was my job to write that book.

I saw that indeed it will actually end up helping a lot of people.

I LOVE my new book!

And I felt back to myself, full of energy, full of natural delight and happiness and pretty much ready for anything.

When the writing retreat was over several fellow authors and I went back to the same meditation area where Rama and I hung out in November 2015. 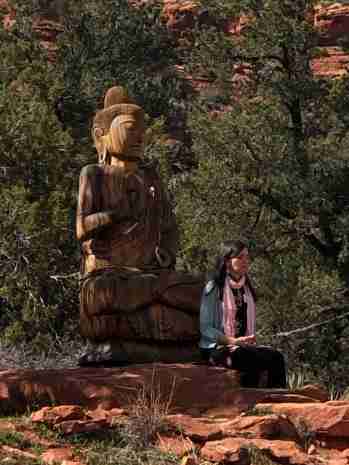 I missed Rama but my friend had been with me in spirit.

I had texted Rama in Hawaii on Friday night to tell him that I had only got to 12,000 words so far. Rama encouraged me to get to at least 20,000 words, so I knew not to give up, to keep going.

Rama and I have a special friendship. He is like my brother from another mother. I knew that if Rama told me to write more, I had no choice. I knew he knew what I should be doing.

After we went to meditate, I returned to my hotel room.

I spent hours and hours emailing Rama high resolution photographs taken by the great photographer Diane Fulmer of Savannah, Georgia, to be included in the book.

I chose one of my own photographs for the cover of the new book.

I added another chapter, put together the table of contents, texted my editor Tony Kessler and arranged to email him the final manuscript as of this coming Friday.

I wrote both a short and a long description, sent the news of my upcoming book to my Amazon marketing genius Denise Cassino, read the manuscript countless more times and edited as much as I could.

In short, I did everything necessary so that I can turn the book over to Tony Kessler for editing and to Ramajon Cogan for layout and cover creation.

I had a full day of travel Monday but when I arrived home to Atlanta I felt fully back to myself.

“How could this be?” I wondered.

“How could I arrive totally exhausted, write my heart out for three and a half days and come home feeling refreshed like I just had a vacation?”

I can’t really tell you.

All I can say is them’s the facts ma’am.