The Orchid Has Spoken 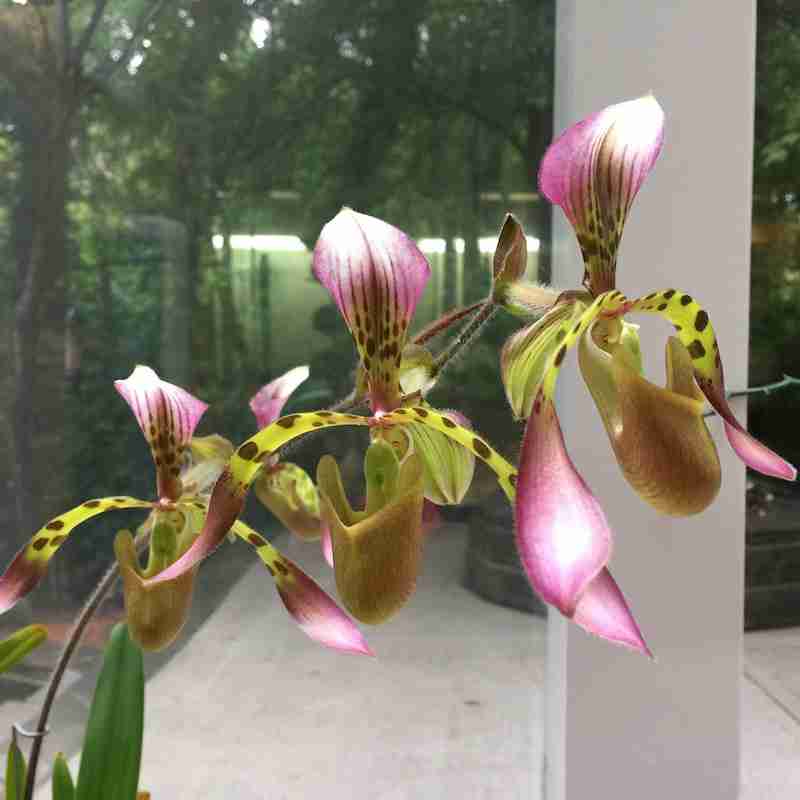 The flower essence I created from my Paphiopedilum Haynaldianum orchid has been approved and will be sold as a natural healing remedy worldwide through The Living Tree Orchid Essences.

Yesterday, I received the report from Dr. Adrian Brito-Babapulle (everyone calls him Dr. Adrian for short).

Dr. Adrian is the creator of Therapeutic Energy Kinesiology (TEK),  a unique system that allows the practitioner to test the body for imbalances on an energetic, physical and emotional level and then correct them.

TEK allows assessment of the chakras and other key energy points as well as the levels of essential vitamins and minerals. The Living Tree Orchid Essences can be used with many of the testing points.

It was very exciting for me to receive Dr. Adrian’s report as well as the beautiful label that will go on the bottles. For me, this was akin to receiving my report card in school or college to read how well I performed on my exams!

“This orchid essence was sent to us by a lady called Catherine Carrigan, (from the USA) who is a medical intuitive healer, who produced this essence after a few trials as she was on an expanded learning curve in the making of essences. I was not sure of the validity of the essences as the first two batches had problems of either being shadow related or shadow affected as well as the appearance of the maker in the essence. Most of the notes below are from the maker of the essence and it falls in between Celebration and Revelation (which is a compound essence) in the higher spiritual path.

“It has an unusual name and my feeling is that the name may have been better as ‘Revenant’ because it appears to not only carry the essence of the orchid but appears to have a connection to higher energy beings one of which appears to be in the essence. The chakras affected appear to be the 2nd, 4th, 6th, 7th, 9th, 12th 14th 17th and 21st. There are also 2 connecting strands which go from the Dreaming point to points higher in the Cosmos. There appear to be no physical signs from this essence but only after more use and clinical experience, may we get to its full potential.”

The fact that Dr. Adrian had detected higher energy beings in the flower essence did not surprise me, as I have taken numerous photographs with my iPhone of actual angels in my healing studio.

I used this photograph of an angel floating in the upper left corner of my studio for the cover of my book, What Is Healing? Awaken Your Intuitive Power for Health and Happiness.  You can see more photographs I have taken of angels around me on my Pinterest board called My Angels at this link. 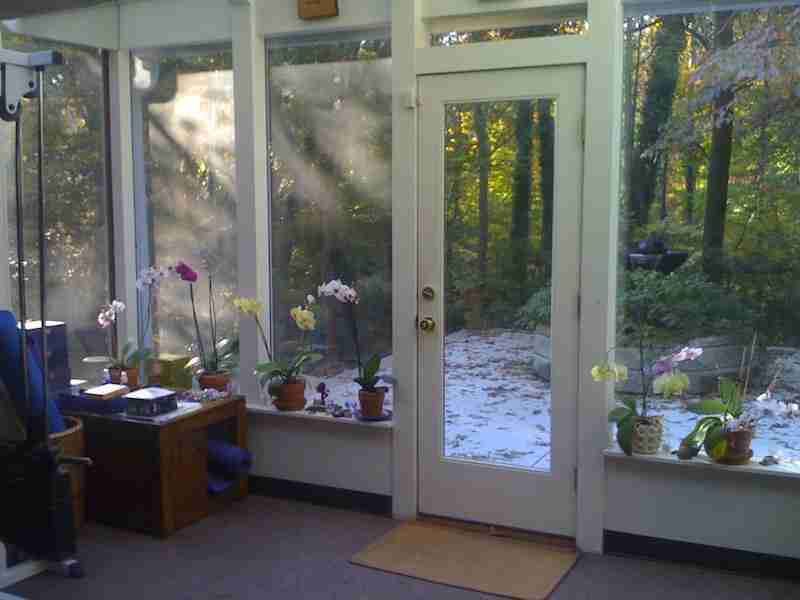 Angel in Upper Left Corner of My Studio

My Paphiopedilum Haynaldianum still continues to amaze me. Even after producing five blossoms, it has begun to form two new clusters that will soon produces two spikes for flowers.

My orchid is so transcendentally beautiful that my dear friend Maxine Taylor, author of seven Amazon Number 1 best selling books, convinced me to put a photograph of it on the cover of my fourth book, Banish the Blues Now.

It is my prayer that Reverence flower essence be a natural healing remedy used worldwide for the benefit of all living beings everywhere.