What Are You Transforming Through Your Pain? 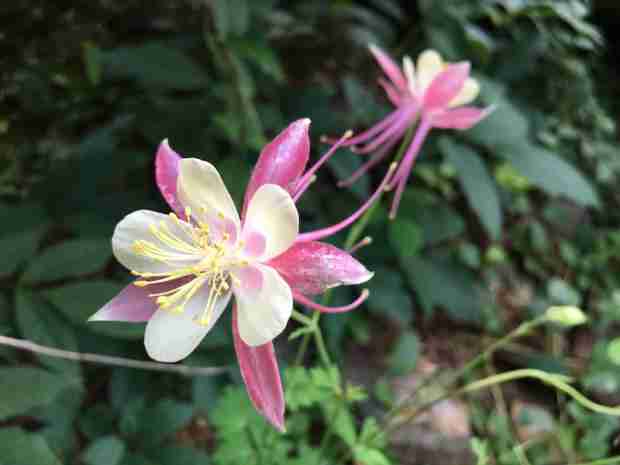 “The world breaks everyone and afterward many are strong at the broken places.” Ernest Hemingway

Years ago I went to the dentist for what I thought would be a routine cleaning.

“You need caps on two of your teeth,” the receptionist informed me when I went to pay. “If you come back tomorrow we’ll give you 10 percent off.”

Thinking that I might save a little money by facing up to the issue immediately, I rearranged my schedule and came back the very next day, only to have the nerves in my face damaged  by the procedure to such an extent that I ended up with a four-month case of trigeminal neuralgia, also known as “the suicide disease,” because 25 percent of sufferers commit suicide.

I remember walking into a health food store and muscle testing myself among the homeopathic remedies.

“For when your teeth hurt so bad you feel like screaming,” the label read.

Oh, that would be the one!

At first after the dental procedure I wasn’t sure why even a slight breeze next to the right side of my face would set off a wave of shooting, throbbing and burning the likes of which I had never experienced.

My brother, a doctor, was the one who diagnosed my condition. Trigeminal neuralgia is often considered the most painful condition in the medical literature, reportedly worse than childbirth or limb amputation.

Your trigeminal nerve is a paired cranial nerve that has three major branches: the ophthalmic nerve (V1), the maxillary nerve (V2), and the mandibular nerve (V3) .

When this nerve plexus gets irritated, daily activities such as chewing, talking, brushing your teeth or touching your face can set off an ache that may last between a few seconds to countless hours.

I can remember I had paid to attend a very intense, $5,000, week-long workshop in New York on anatomy and physiology.

I can’t recall anything I learned. All I could think about was coming home to see the dentist and get relief.

Unable to escape the agony, I experimented with meditations where I simply directed my mind deeper into the experience. I hoped to dissolve my suffering by accepting it as fully as I could.

But the truth is nothing worked. Besides I was so miserable I couldn’t think straight.

Finally I consulted my mentor in healing, Sue Maes.

“What the fuck is this about?” I remember asking.

Let’s face it. When you have been agonizing for months, niceties no longer apply.

“You are dropping all your genetic programming on all levels all at once,” Sue concluded.

“No wonder this hurts so bad!” I responded.

“You are now in choice,” Sue said.

It turns out that my father and his mother, my paternal grandmother who I adored so much, had also suffered from trigeminal neuralgia.

I had been so aggressive about my personal growth work that the wave of energy I had unleashed had surged through my nervous system to such an extent that it was now releasing through my face.

Not soon enough I had not one but two root canal surgeries.

During the first root canal, the surgeon gave me five shots of novocain and I could still feel the torture as he drilled away into my gums.

The agony finally ended after my second root canal that was so expensive I figured I must have paid to put the surgeon’s children through summer camp.

I felt like a different person and not just because the pain was gone.

When your adversity tries to get the better of you, you would do well to ask yourself, “What am I transforming?”

What has been welling up inside you, stirring below the surface, that you are now ready to release?

Even if you can’t put your finger on it, can you transmute yourself into a whole new dimension?

What is healing? Healing happens when you give yourself permission to release excruciating patterns all the way down to your DNA level.