What Happens When We Don’t Listen to Our Angels 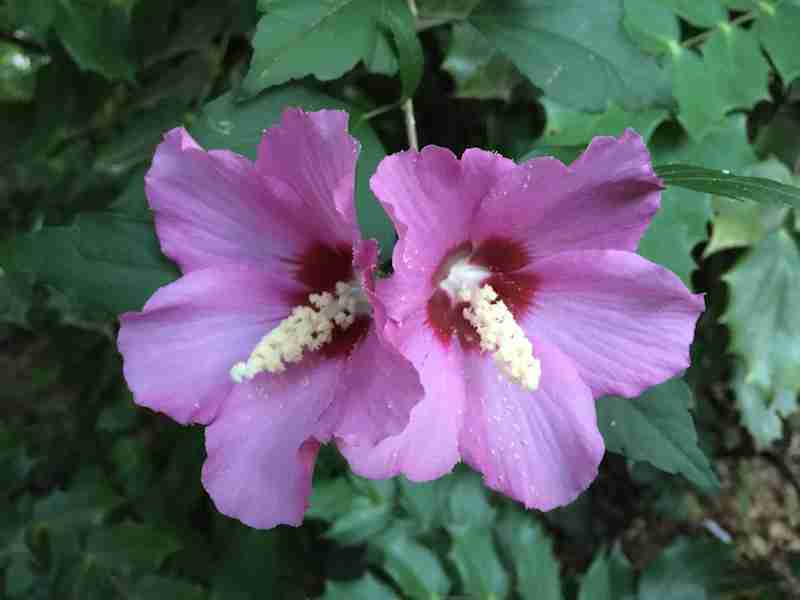 A couple of years ago I was shopping at Costco and I received guidance on the way out that I “needed” to purchase a chocolate frozen yogurt.

Although the impulse to buy basically junk food may be a common daily occurrence for others, it’s not so much for me.

I checked myself. “No. Really?”

Yes, indeed, it was time to lay on the junk.

So I had my sugar and chocolate and ate the treat on the way home.

When I arrived at my house, I noticed the door to my studio was standing wide open.

No one else was at home.

I suddenly wondered if my gardener had dropped by. But no, how could that be – there was no work on the schedule.

I walked into my home only to discover the house had been burglarized.

Not just any burglary, at least a $20,000 burglary. The thieves got me good. About four Atlanta police officers showed up and insisted that I fill out a police report of what was missing even though I was in a state of shock.

Fortunately, I was sugared up.

If there was ever a time to have extra sugar and chocolate, that was it!

I had listened to my angels and they had directed me to exactly what I needed in that moment, even though I couldn’t see what was coming.

Many times when guidance from our angels comes through, it comes in with no advance warning, no supporting evidence and no other connecting information.

It’s like you are thinking about oranges and all of a sudden you get told to look for the blue elephant, and there are no blue elephants immediately on the horizon.

The story of being told to sugar myself up is an example of when I actually listened.

But what happens when we don’t listen to our angels?

I have had plenty of experience with that also – enough experience that when my angels speak up, I make a point to listen even when even I’m beginning to wonder myself if I am not momentarily going off the deep end.

“Really?” is the thought that comes up for me.

“Really? You want me to DO that? To buy THAT? To go THERE? Seriously?”

About a year ago, I heard about an online seminar.

I asked for guidance and my angels told me no, don’t do it.

However, like many other humans, I have my flaws and my ego and FOMO – Fear of Missing Out.

What if my friends learned something and I didn’t?

The day finally came for the first class.

I called in, got online and almost smacked myself in the head when the seminar started.

I realized that my angels had warned me that the seminar would be a waste of my time and money.

The only blessing out of the whole situation was that I was so aggravated that I pushed forward to go beyond and learn the information another way, punishing myself for what I felt was a waste of hard-earned money.

I admit that it is a odd way to live to follow the guidance of your angels.

In March of this year, my fiancé Ken Holmes and I were visiting Trinity, Florida, and my angel guides told me that I was “done” with Atlanta and it was time to buy a house in this place that I was only visiting for the second time in my life.

Now don’t get me wrong – I have a GREAT life in Atlanta.

I love my home, I worship my garden, I adore my friends. I have taught yoga for 19 years and love my yoga students like family. My hammock on my porch is my version of heaven. I have the office with the greatest view I have ever seen, better than any CEO, totally convenient since all I have to do is walk downstairs and get welcomed by my rare orchid collection.

I listened to the guidance that I am “done” with Atlanta, and the same self doubt appeared.

I’m still in the process of selling the house in Atlanta, but I am beginning to understand why I was directed to this other location.

I learned my lesson big time years ago when I was scheduled to teach a seminar in Seattle, Washington.

People had signed up and paid actual money deposits.

However, every time I thought of going to Seattle to teach the seminar, I got a bad feeling.

I cancelled the seminar about three months ahead of time – to the great shock of the people who had taken the time to schedule it and collect the money.

Frankly I wasn’t very popular until the day before the seminar was supposed to happen the Seattle airport was hit by an actual earthquake and had to be shut down.

I got the message!

Another time I was in London, England. I was scheduled to go into the city.

Once again, people were scheduled to come and see me – about seven hours worth of clients.

However, as the day for me to travel approached, I got the feeling that if I went into the subway I would have a hard time getting back.

Once again, I was not at all popular.

That is I wasn’t popular until actual terrorists blew up the London subway and a bus and many people died.

I wasn’t on the subway, I wasn’t on the bus, I was nowhere near the bombing. I was out taking a walk and wondering what I was going to do with all my new-found free time.

These two instances are not the only times I could have lost my life if I wasn’t paying attention.

What is healing? Healing happens when we learn to trust the guidance we receive, even if we wonder at first if we aren’t going a bit crazy when we first hear the message.