What Your Chakra Cord Connections Reveal About Your Relationships 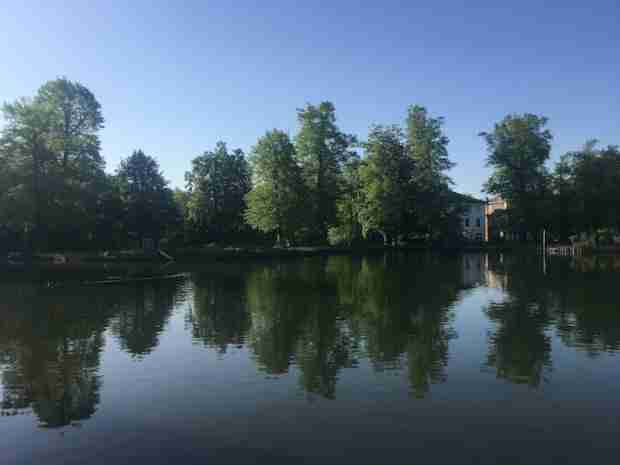 You live in a relational universe.

How you show up with one person may be totally different than how you experience others.

In my work as a medical intuitive healer, I sometimes read the chakra cord connections between two people.

This information may give you insight into the challenges you currently face as well as how you may be able to deepen and improve your relationship.

What are cord connections between your chakras?

Even if you can’t see them, you have definitely felt them.

Cord connections are the invisible bonds you form with people you love.

These connections occur at the energy centers known as your chakras.

You can think of each chakra as the place in relationships where you express different aspects of your personality:

Not only is each of your relationships unique in how you bond, it’s also dynamic.

I think of each of your relationships as quite literally a living energy field.

You could feel incredibly close to a person one moment and a month later your bonds have totally shifted, either breaking away completely or connecting in totally different ways.

Whenever you are sexually intimate with another person, you form cord connections between your chakra energy centers and theirs.

That’s just one of many reasons you will want to be carefully selective whenever you choose to engage in a sexual relationship.

You’re not just sharing a moment of pleasure, you may be forming bonds that could last indefinitely and that deepen every time you are together.

If you go through a divorce or breakup with your boyfriend or girlfriend, I can teach you how to cut your cords so that you can let go and move on to form healthier, happier relationships with other people.

In addition to your intimate partners, you also form cord connections with your family and friends.

Here’s an example of cord connections that I read this week between a father and son and a husband and wife. Their names have been changed to protect their privacy.

Where John (the father) is connected to Sam (his son):

Third Chakra – No connection. As this is the center for psychic feeling and empathy it may feel like to Sam, the son, that your father John doesn’t care about you. Nothing could be further than the truth. He can’t feel how you FEEL but he cares quite deeply.

Fourth Chakra – 16 cords – It is important for you, Sam, to know just how much your father loves you, even though you may not FEEL his love sometimes. He loves you very very deeply!

Fifth Chakra – 4 cords – Father John is making an effort to communicate with son Sam as best he knows how. This may feel awkward but it’s an attempt to connect.

Seventh Chakra – 16 cords – Father John has a huge spiritual connection with son Sam. That means the two of you have a lot of karma together. I see John as being akin to a spiritual guide for his son at this point in their lives together. This is very touching!

Where Sam (the son) is connected to John (his father):

First Chakra – 4 cords – This is very good and very important. It means that father John helps to ground Sam the son. It also means that Sam derives his tribal identity from his father and that he still feels very much a part of his family.

Third Chakra – No connection. Just as father John doesn’t feel the way you feel, you Sam do not feel the way your father feels. Simply put, you have a hard time understanding how each other feels at the moment.

Fourth Chakra – No connection. At the moment Sam’s heart is closed. I believe Sam is both punishing himself as well as protecting himself. He needs to learn to forgive himself for past mistakes before he can open himself to all the love that already exists for him.

From this simple medical intuitive reading, I could tell that John, the father, has been doing his best to reach out to his son Sam who has been floundering after struggling with drug addiction.

The father can provide the love, security and guidance that Sam so desperately needs at a time when the son is not able to love himself or others.

Where Barry (the husband) is connected to Rachel (his wife):

Third Chakra – 12 cords. This means he is empathic with his wife and can feel what SHE feels.

Fourth Chakra – 12 cords. I belive they are soul mates to each other, which is a true blessing not only to them but to everybody around them as a shining example of unconditional love.

Sixth Chakra – No connection at the moment. That means quite literally Barry the husband is not seeing eye to eye with his wife Rachel. It may also indicate that they have different visions for where they are going in their lives both separately and together.

Where Rachel (the wife) is connected to Barry (her husband):

This is what a deeply connected, very balanced soul mate relationship actually looks like – a relationship that feeds both of them on virtually all levels.

Because they are so connected they will automatically feel how their partner feels, know what the partner knows and enjoy true intimacy.

The one place where they are not connected is at their sixth chakra, which indicates that each has a different vision not only of their own lives but also about where they are headed as a couple.

Where they can improve their relationship is to take time to discuss how each partner’s pictures of what they see for their future can work together in the context of their marriage.

What is healing? Healing happens when you understand how you connect with your intimate loved ones.

To set up a medical intuitive reading, please call Catherine Carrigan at 678-612-8816 or email catherine@catherinecarrigan.com.  We can work by phone, Skype or Zoom.us videoconference.