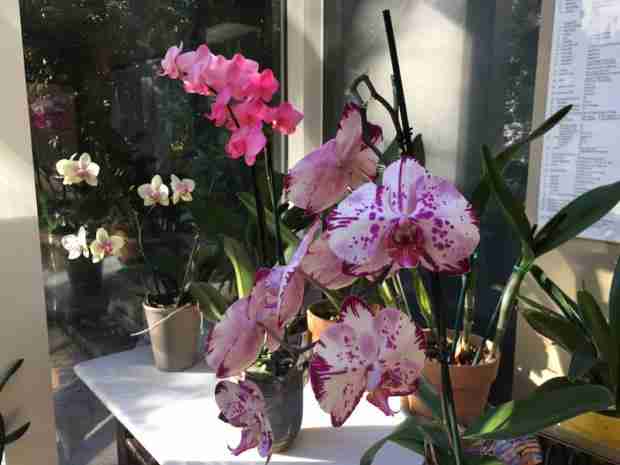 This morning I received the very upsetting news that after teaching yoga at Holy Spirit Catholic Church for over 21 years, our classes are being banned because priests at the church have decided that yoga is against the Catholic religion.

In 21 years of teaching, I had not received a single complaint to this effect before now.

In fact, I had been invited to teach at Holy Spirit years ago after helping Monsignor Ed Dillon. Growing up in Ireland he had suffered polio twice as a child. One of his legs is about two inches shorter than the other one. After giving him private yoga lessons, Monsignor invited me to move my classes to the church. He told me he knew of a Catholic priest in another state who taught yoga.

Over the course of 21 years, not a single one of my students has been diagnosed with cancer or heart disease or had surgery for their back, neck or hips, had a nervous breakdown or been locked up in a mental hospital.

This is remarkable considering that during this time we are all older than when we started.

I had some inkling that change was underway because about a month ago I was invited to meet with the priest who had just been assigned to be in charge of extracurricular church activities.

“Does everybody get along?” the priest grilled me. “Any inner personal conflicts?”

On Friday, I received an email that read:

“How are you? I hope you are doing well I want to inform you that the yoga program at Holy Spirit parish will end starting from January 1st, 2018 Can we meet soon to explain the reasons for canceling the program Thanks.”

My yoga students aren’t just my students, we aren’t just friends, we are family to each other. The thought that we might not be able to be together, to practice yoga together, just about brought me to my knees.

I spent a good part of Friday in tears, but by Saturday morning had resolved to move into solution mode.

I spent most of Sunday cleaning out the studio in my home so that if push comes to shove, my students and I can practice here. A friend and I spent hours taking out equipment, throwing things out, vacuuming and rearranging the room. I felt better when I laid out yoga mats and saw that our students can actually fit their practice in the room after I got rid of unncessary clutter.

Thankfully, being intuitive, my studio renovation was already well underway. I had recently ordered new carpet and last Sunday had a painter in to splash a fresh coat of paint on the walls.

It was almost as if I could feel the change coming.

On Monday, one of the members of the parish who attends my Thursday morning classes came with me to meet with the priest. I had asked for support and told her that I would be bringing my Kleenex, as I feared I might break down crying.

When the appointed time came, she went with me into his office but he informed her that she was not allowed into our meeting.

He proceeded to question my religious beliefs.

“I am a Christian,” I protested.

“I pray all day long, beginning with first thing in the morning, continuing all day long and ending last thing at night. I go to two churches. I go to church with my mother in Savannah at the church where I grow up and here in Atlanta I am a member of Mt. Paran Church.

“The fact that you are questioning whether or not I believe in Jesus is very painful to me,” I said to the priest. “It would be as if someone asked you if you really believe in Jesus.”

At our previous meeting, I had given the priest a copy of my most recent book, The Difference Between Pain and Suffering, because it has an appendix at the back with photographs and directions of the 41 poses I use most often to get people out of pain.

I figured he might not have seen yoga before and wanted him to appreciate how much it could help people. Plus, I took a look at him and figured he must be suffering from back and hip pain. Perhaps the book could help him, I thought.

But alas, at this second meeting, after admitting he had not read the entire book, the priest pointed to certain passages and turned them against me.

“Are you teaching yoga spirituality?” he asked.

I was always so thankful to teach at Holy Spirit that I avoided using Sanskrit. I never wanted to offend anyone, to threaten anyone. I wanted everybody to feel welcome. I made a point to focus on the physical exercises themselves.

The priest took careful notes as I responded to each of his questions.

After my personal grilling was complete, the priest allowed my yoga student to enter the room.

She told him that she had been suffering from osteoporosis and hip pain and had found great relief in our classes.

“When I moved here nine years ago I was searching for a church, and I chose Holy Spirit because I saw that you all held yoga classes,” she told him.

Meanwhile, I received emails and texts from other members of the class who wanted to reach out to the priest and explain that what they had been learning had in no way detracted from their religion.

This morning I sent the priest an email offering to teach a special class for him and the other priests at the church so they could experience yoga for themselves. I sent photographs of suggested poses and promised to make the class easy and comfortable for them.

But instead of taking up the offer, he simply canceled our classes and let me know that as a courtesy to us we can continue practicing through the end of the year while we find another location.

While all this back and forth has been going on, I have had plenty of time to ponder why yoga matters.

I used to give lectures on how yoga benefits the 10 major organ systems of the body.

I have healed more back pain, neck pain, shoulder pain, hip pain, knee pain, ankle pain, wrist pain and every kind of pain you can imagine with yoga than I can even count.

I remember teaching yoga on the Tuesday evening the Twin Towers in New York came down after the terrorist attack on 9/11.

I remember one evening when a student walked in to my class and announced that her house had just burned down and she thought she was going to have a heart attack.

“No one is having a heart attack in my yoga class,” I pronounced.

I have taught yoga class when only one person showed up.

I taught yoga after one of my class members got laid off from his job and the only thing that kept him going was yoga. When I would normally take time off for vacation I kept practicing with him because I knew the practice was his personal lifeline.

After all my study, my six 200-hour yoga teacher trainings and my one 500-hour advanced yoga teacher training and my learning of yoga therapy, my personal practice deepened and my teaching became more patient, more subtle, more attuned to the true needs of my students.

I can remember once picking a relatively simple pose – bridge, a pose that everybody can do – and asking my students to hold it for four minutes so that they could practice finding peace within themselves when their external circumstances were not to their liking.

Being stuck, finding yourself in a position you would rather not be in, is part of the human condition.

We can either freak out or we can find the peace within.

So this is the position I find myself in exactly now.

At the end of the day, after all I know and have experienced about yoga I believe that the reason yoga matters is that it teaches us inner alignment.

Several years ago I found myself under the knife after a dermatologist discovered skin cancer on my nose.

Suddenly I was in surgery. The doctor shot my face full of painkillers but I was totally awake. I brought my iPhone, turned on my yoga music and went into a deep state of meditation.

I set my intention to feel the way that I usually do at the end of our yoga class, completely relaxed, totally at peace, calm and  in harmony with all that is.

At the end of the surgery, the doctor asked me what my mother’s phone number was.

I think he must have thought I was so drugged up he had to jolt me awake, but I easily rattled off my mother’s phone number so quickly I surprised the doctor.

We have to train ourselves to find this peace within because life doesn’t always just hand it to us.

We don’t always get to pick and choose our outer circumstances but we can find what we really need deep within.

And as we find that peace within, we can project that outwards, forgiving others, remaining calm and grounded, allowing life to change all around us, knowing that we are O.K. no matter what.

As we do this, we create the space for other people to experience peace, to breathe through their own difficulties.

I always feel the most selfish thing I can ever do is to be kind and generous to everybody because I believe what I put out is what I receive back.

And that’s why yoga matters.