Yoga, The Best Exercise For Writers 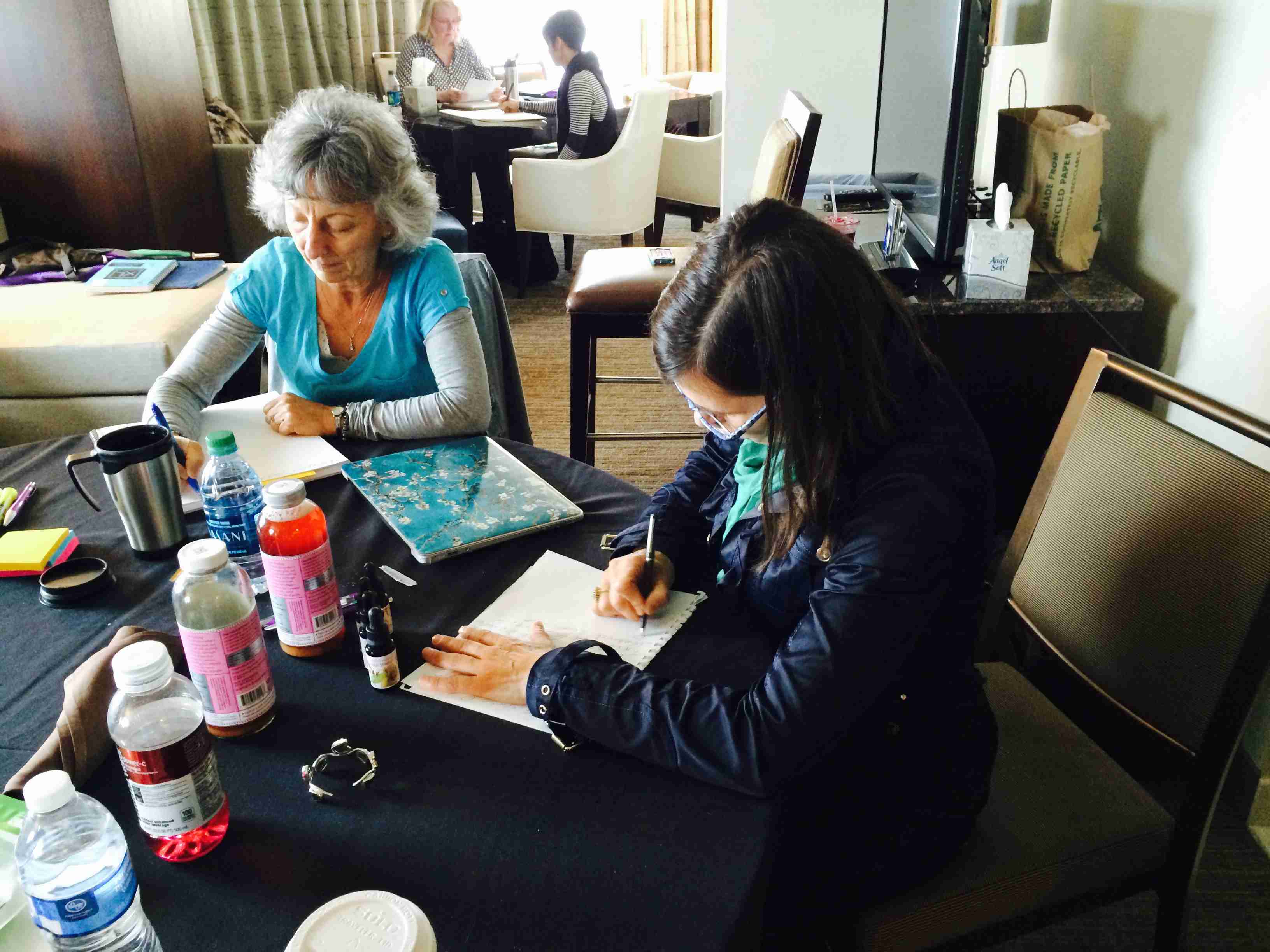 Like-minded yogis flock together, of this there can be no question.

This past week, I attended the Tom Bird writing retreat with of course Tom Bird, who never lets a day go by without practicing a minimum of 12 minutes of yoga, Lillah Schwartz, who has taught yoga for 33 years, and of course I was there, and I have taught yoga for 18 years.

Tom, Lillah and I are all juicers, meditators, yogis, writers and people who can only be described as highly attuned to energy.

“The best exercise for writers is yoga,” Tom said unequivocally.

When we write, if there are any energy blockages in the body, the process of writing becomes extremely difficult if not so impossible that you, as a writer, simply shut down.

I know that at my first Tom Bird writing retreat, I brought my yoga mat and stood on my head or practiced a wheel every time we had a break. I don’t know how I could have gotten through the completion of my second book, Amazon No. 1 best seller What Is Healing? Awaken Your Intuitive Power for Health and Happiness, if I wasn’t upside down releasing.

“Yoga balances your body and attunes your meridians so that when that divine energy comes through, it doesn’t get blocked,” Tom explained to the other authors this past weekend.

Lillah and I practiced a few forearm stands, pincha mayurasana, during the breaks, but the main thing that got us through at this writing work was breath work led by Gwen Payne, the Author Within Coach for Tom Bird.

About 17 years ago, Tom went to a medical doctor who gave him both good news and bad news.

The good news was that the doctor was not going to operate on his back. The bad news was that Tom’s degenerative disk disease was so severe, the doctor predicted Tom would end up walking with a cane within a few years.

Determined not to allow that outcome, Tom purchased numerous books and DVDs on yoga and began his own self healing. In the process, he discovered that yoga not only healed his back, it also empowered him in his writing.

“I am stronger and fitter than I was when I was 18. Yoga makes that much of a difference!”

Those words were preaching to the choir for Lillah and me.

Lillah Schwartz leads healing our backs seminars all over the country. You can find out more about her wonderful yoga teaching at this link.

Now that I have studied yoga with Lillah, I returned the favor by convincing Lillah to come with me a Tom Bird writing retreat. You can find out more about how you can write the rough draft of a book in a weekend at this link.

So practice asana, then sit down and write yourself the next Amazon No. 1 best seller!