From Where Does Mankind Come? Guest Post by Aage Nost 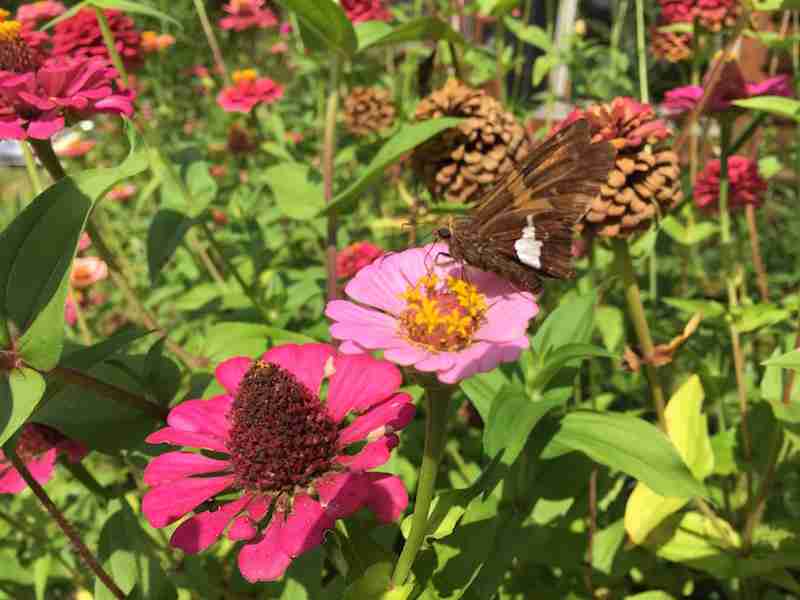 Aage Nost is the author of Universal Success Principles and How Billionaires Think and Spiritual Science, Higher Conscious Thinking, and How to Access The Universal Consciousness

From where does mankind come?

This is an age old question which every human being has asked, or will ask, at one time or another.  To understand that, it would be good to understand what mankind is, who we are, what we are and how many versions of us there are.  Let me first explain the higher meaning of who we are, and then what created the physical body.

Modern science has found that we live in a mind created universe.  There are scientific experiments and evidence proving this.  So everything we see around us, and what we experience, is mind created.

That means everything we experience is a form of higher conscious thought.

This thought creates the perception of solidity and reality in everything we see and experience.  What we experience in our day to day existence, is very similar to a hologram.

We are one of the actors in the hologram, the movie, the illusion – and we have created this physical body to express ourselves, and have experiences through, and for the benefit of the higher consciousness – the soul behind it.

The soul’s purpose is to learn and grow in spiritual capacity. The higher consciousness – spirit- soul – creates a physical body to have experiences, learn, grow, play games and enjoy itself.  Yes, the physical body is an illusory hologram, but that does not mean that the physical body is not real also.   The higher consciousness (and we have many names for it,  “God” being one of them) laid down a set of laws of physics to which everything in all of existence  has to conform.  So what controls and creates everything, is this self aware universal thought form – spirit – soul – the real us.

So then, what about the physical body?

Even though the physical body is a holographic illusion, it will have to follow the laws of physics in the physical environment – the same range of frequency.

The higher consciousness is very good at creating in the physical, mental, astral and the spiritual environments.  It has created universes for us to play in, and yes, there are more than one.  This universe we call “ours”, was thought into existence nearly 15 billion years ago, as raw material for creation.  Over the eons of time, the universal consciousness played and experimented with creation.  It constructed a very large number of creations on all levels of existence.  Then it perfected a creation we call the chromosome and the brain.  The chromosome became a duplication device of the organic creations in the physical, and the brain is a mind-matter interface device capable of creation on its own when given the raw material of a thought on what to create.

Throughout the universes, there are planets, solar systems, galaxies and nebula where creation has been going on for billions of years.  Some of those creations have reached the higher levels of intelligence, and are traveling among the stars to explore and guide other civilizations on their journey.

In a physical sense, there have been living, thinking creatures on earth for well over a billion years.  Some of them were developed through an evolutionary process, and some of them were seeded on earth by other higher developed beings who came here to help nature develop – and yes, we are part of nature.

Both animals and hominoids have been seeded here on earth many times, over a time span of nearly a billion years, with many different types of humanoids.

There have been small humanoids like the Pygmy, and even smaller, and tall ones like the ones whose bones we have found.  Some of the bones from the tall ones show that they had to be more than 30 feet (10 meters) tall.  This is one of the big reasons we have so many different looking humans.  I will  speak specifically to the creation of what we call “Man” (of course, that includes man and woman), because this creation can be proven.

The Sumerian Tablets speak very clearly, and in detail, about how “Man” was created. The Tablets were written over a time period of between 5,000 to 20,000 – or more – – years ago.

Modern  archaeology will not recognize the older part of that, because they will not admit that there were intelligent people, who had developed a very advanced society that long ago.  They refuse to let go of the notion that they were all knuckle draggers back than.

These Sumerian Tablets have been found all over the Middle East, and there are more than a hundred thousand of them sitting in museums all over the world.  Only a small portion of them have been translated into a more common language than the pictorial Cuneiform in which they were written.

The Sumerians were meticulous in their record keeping.  They kept records of conversations, business transactions, birth, death, unions (marriages), parties and celebrations, history, and in several different places we found a record of their history all the way back to the creation of “Man” – all identically written.

In fact, they go in to detail of how “Man” was created through genetic manipulation by a people that from heaven to earth came and called themselves gods.

These people who came to Earth are explained to be the Anunnaki  coming from a planet called Nibiru.

Of course,  in the old Sumerian language, the word “God” means “Great Leader.” That makes perfect sense.  They were great leaders.

There are detailed drawings of the orbit of this planet in the Sumerian Tablets.  It has a very elliptical  orbit going between the fourth and the fifth planet (where the asteroid belt is), and out into space to a distance of more than twice that of Pluto.

It is not aligned with the plane of rest of the planets, but goes out into space at a 30 degree angle down from the plane of the other planets.  It is a very slow moving planetary system, and it takes 3,660 years for its full orbit to complete – and it is on its way back in and getting closer.  Yes, this Nibiru is circling a dim Sun (Brown Dwarf), together with several other small planets.

The Anunnaki home world had a problem with their atmosphere dissipating into space.  They knew that if they had a thin shield of gold dust in the upper atmosphere, they would shield themselves from this so they came to earth to look for gold.

The Sumerian Tablets speak of a process involved in creating “The Adam” in which they took “the two twisted ropes of life,” took them apart and “added of their own substance” to create “Man.”

Obviously, that was the twisting double helix.  Reading Genesis in the Bible, you will find the term “The Adam,” and the term “Gods,” meaning not only one.  It explains that the reason they wanted to create “The Adam” or “Man,” was that they needed to have an obedient worker in their gold mines, one that would just work and not ask questions.  It took a long time to create “The Adam” and there were many failed experiments along the way.

It appears as the creator of “The Adam” the  Anunnaki did not have our best interest at heart.

They took a creature that already existed as a base for the creation of man.  This creature may have evolved on its own through a natural process and selection.  It explains in the text of the Sumerian Tablets that when the Anunnaki  “took of their substance” and “added to the two twisted ropes of life”, they removed from “The Adam” the qualities of the “Gods” – which were: long life,  knowing what is in the other’s mind and a few other qualities.  In other words, God degraded us from their perfection to be just an obedient worker.

The tablets explain that 445,000 years ago, a ship splashed down in the Arabian Sea.  The people on the ship had clothing as a fish.  They swam to shore to a place they made camp and called Eridu.  Later, they expanded and moved to a new camp they called Edin where their operation for science was located and where they created man.  Could it be that this is the place the Bible speaks of as Eden?

According to the written records of the Sumerian Tablets, the Anunnaki  splashed down in the Arabian Sea 445,000 years ago.  They were on earth digging for gold and establishing an expanding earth base for 144,000 years before they had a revolt by the  Anunnaki workers (it was very hard, hot and sweaty work).

That is when they decided to create “The Adam” – the slave laborer, or as the Anunnaki  called it “the primitive worker.”

You have to remember that time  did not mean the same thing for the Anunnaki.  They did not die but lived on forever plus or minus accidents and disease.

They were 9 to 12 feet tall and had elongated heads, of which we have found the skulls and through genetic testing found not to be human.

To learn more about our origin, and much more of what we are not supposed to know about, read my book Spiritual Science, Higher Conscious Thinking and how to Access the Universal Consciousness.  You will find a link to the book on my blog on the secrets of the universe  at www.aage-nost.com  and at Amazon.

My best wishes to the seekers of the world,  Aage Nost.