If My Dog Was A Cat, You’d Say She Has Nine Lives 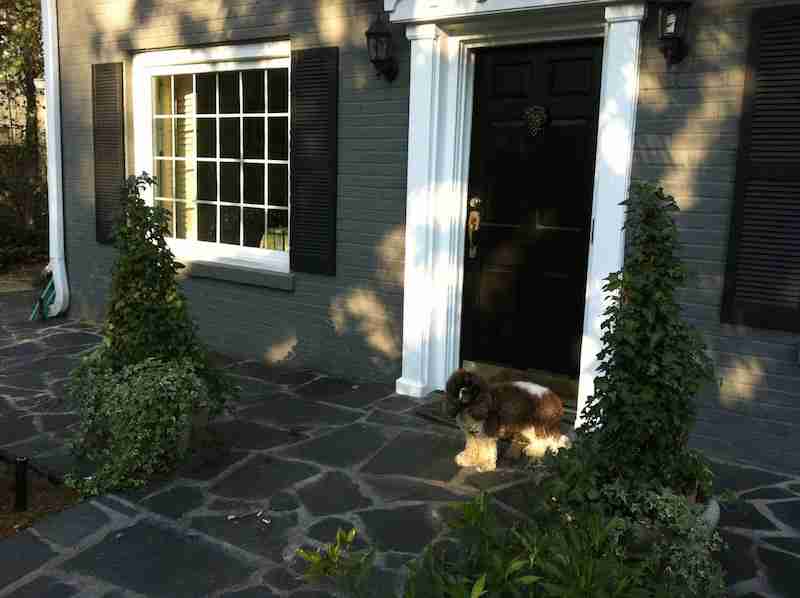 This past Sunday, my dog Belle fell in the river after hunting leftover chicken fingers.

So my detective mind concludes after reviewing the facts of the case.

I was down in Savannah this weekend visiting family. On Sunday, Belle and I went over to my brother’s house on the banks of the Vernonburg River.

At dinnertime, my brother and I walked out to his dock to grill steaks. On the way to the dock, we passed by my brother’s new and improved rat trap. He explained that he had just thrown out old chicken fingers and had just installed fresh rat bait.

His dog Daisy and my dog Belle heard talk of the chicken fingers and then proceeded down the dock.

I thought nothing of it, but then again what do I really care about moldy old chicken fingers?

A black lab neighbor dog came by to say hello but quickly received a small growl from Belle. I scolded Belle then turned my attention back to conversation with my brother, momentarily forgetting the dogs.

My brother announced, “The steaks are ready,” and loaded the meat onto a platter. I closed up the container of marinade and he and I headed back up to the house. Daisy bounded ahead.

It was only when we got to the house that I wondered, “Where’s  my dog?”

I turned right around and headed back to the dock. My brother turned the spotlight on and we scanned the dock.

My brother and I walked over to a neighbor’s house.

“Have you seen a brown and white little dog?” I asked.

“No,” the neighbor replied. He was equally engrossed in grilling dinner for his family.

Then I heard talk that the neighbors on the other side were having a pizza party. Figuring they probably had an uninvited four-legged guest, I headed over to the other neighbors. I had just walked past the tall bushes separating their yard from my brother’s house when I heard calling.

I turned right around and saw Belle sopping wet, muddy and struggling up the steps to my brother’s house.

About a week before that, Belle and I had been at my house in Atlanta.

It was 9:30 at night and she wanted to go out to do her business.

Given that it was 19 degrees at the time and I was already in my pajamas, I let her out the front door and went right back to  my new book which is soon to be released in February, totally focused.

“We have your dog,” a voice reported.

“I’m in my pajamas. Do you mind bringing her home?” I asked.

Soon enough a small white SUV pulled up in my driveway, fluffy Belle in the back.

A week before that, Belle woke me up about 3 a.m.

Still half asleep, I let her outside and was waiting more or less patiently when I noticed she was taking a little longer than usual.

I opened the front door, peered out into the dark night and saw her standing in the middle of Northside Drive eating garbage.

If you as a writer want to understand motivation, all you would have to do is watch that dog. Even at 3 a.m., you could not put a leftover burger wrapper past her.

I ran out in my long underwear and bare feet and grabbed Belle out of the middle of the road.

These are by far not the least of near losses I have had with my dog, only the most recent ones. People have stopped three lanes of traffic in front of my house on Northside Drive to rescue Belle out of the fray.

It is not lost on me that the most remarkable angel photos I have taken with my iPhone somehow manage to include Belle.

Thank you angels for watching over her every paw step!

Photo: Belle beside my front door. Notice the angels on either side of the door looking over her! Thank goodness I have extra eyes to help me out.