My Family’s Journey Through Medicine, Part 1 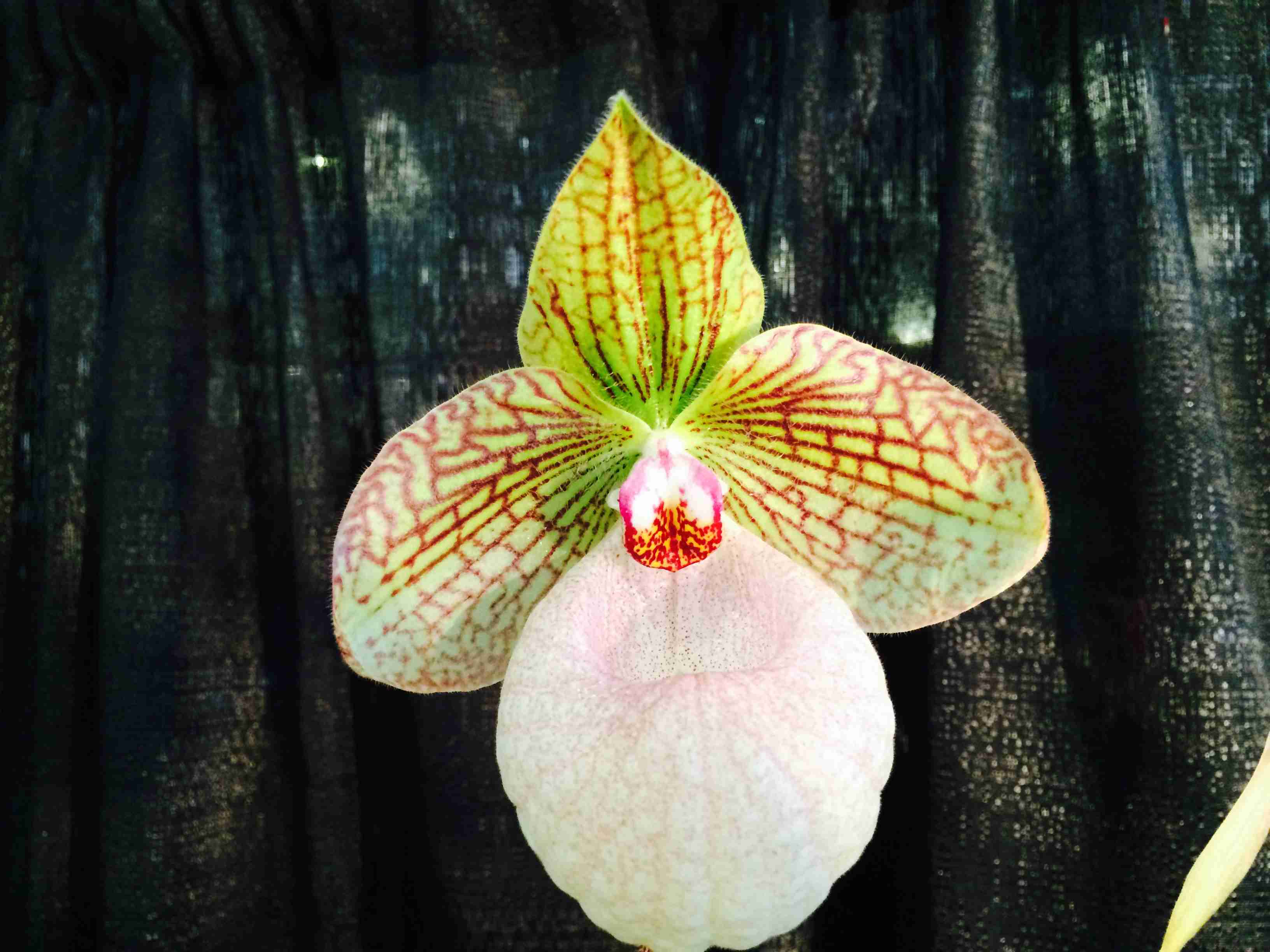 My Family’s Journey Through Medicine: Four Generations Across Three Centuries

Paper delivered to The Cosmos Club, a men’s social and intellectual club in Savannah, Georgia, founded in 1916.

I come from a family of doctors.  My father, Dick Schulze, is a retired eye surgeon. His maternal uncle, Claude Nunnally, was a physician who served in the second World War. My paternal grandfather, Ferdinand Schulze, was not a medical doctor, but had a PhD in organic chemistry, as well as a master’s degree in electrical engineering.

This evening, I’d like to speak a bit about some of these ancestors and their journey through the practice of medicine.  I’d also like to place their careers in a larger context illustrating how not only the practice, but also the business, of medicine has changed over the centuries. 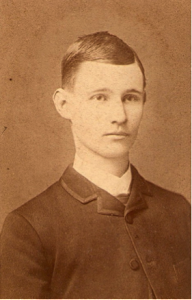 My great grandfather Stackhouse was born in Dillon, SC in 1867.  He was educated at public schools and won a scholarship to Peabody College in Tennessee.  When he graduated from medical school at Vanderbilt University in 1891, the practice of medicine would hardly be recognizable compared to what we do today.  In 1891, when he began practice, the germ theory of disease, based largely upon the work of Pasteur and Koch, had only recently been established.  In fact, for most of the 19th century, physicians were held in fairly low esteem, and it is not until the 20th century that the medical profession gained the respect that it enjoys today.

Dr. Stackhouse was a keen student, graduating at the top of class, and winning the following awards:  the Medal in Surgery (first prize), the Medal in Physiology, as well as the Medal in Diseases of Eye and Ear.   After Vanderbilt, he worked for a short while at Polyclinic Hospital in New York City before returning home to practice medicine.

Here’s a picture of my grandfather and some of his fellow students at Vanderbilt; quite a colorful class of characters (Dr. Stackhouse is second from the right ). 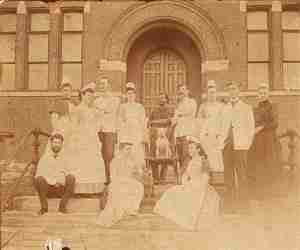 He returned home to Dillon, S.C. and established a practice as a country doctor treating all manner of conditions. Country doctors in the nineteenth century were paid directly by the patient, often in kind, for services rendered.  Typical fees for a house call ranged from about 50 cents to a $1.50.  Stories abound of physicians being paid in livestock and grain.  Patients too poor to pay were treated for free, and donating time and service to the poor was an accepted part of being a physician.  To my knowledge, there was no hospital in Dillon when Dr. Stackhouse practiced, and my mother tells me a story of grandfather Stackhouse accompanying at least one extremely sick patient on the train to the Johns Hopkins hospital in Baltimore for further treatment.

After thirteen years of practice, however, Dr. Stackhouse contracted tuberculosis, an occupational hazard of the time, and had to quit because of course there were no antibiotics and no cure for TB; thus he could have no further contact with patients.  After he quit medicine, he became a successful farmer and amassed several thousand acres, all of which were farmed by sharecroppers as was the custom in the rural south of that time.  That he became a farmer is not a surprise given that his father was at one time a professor of agriculture at Clemson.  The staple crops were cotton and tobacco.  He built the Carolina Milling Company, which became one of the largest flour and feed mills in the southeast, attaining notoriety for being the first mill to ship two solid trainloads of flour at once, which was recorded as one of the outstanding business accomplishments in the nation.

He quickly became established as a leading figure in Dillon society. He was president of the Dillon Bank, was elected to the state Senate, and was instrumental in the formation of Dillon County.  He was responsible for the paving of the first highway in South Carolina, Highway 301, which, as you might expect from a good politician, passed through his home town of Dillon.  His obituary records that he was an innovative farmer who was a pioneer in cattle farming and “played a great part in the growth of scientific farming in the South.”

My mother has few memories of grandfather Stackhouse.  One is of Sunday afternoon trips to visit the farms, in which he would unfailingly introduce her to the sharecroppers, which embarrassed her because of her shy nature, but later in life she was impressed that he knew all of the sharecroppers by name.  Another story she relates describes Dr. Stackhouse as a bit of a chauvinist—likely a product of his time.  For instance, Dr. Stackhouse had 10 grandchildren—two of whom were boys—and he promised to pay for any grandchild who wanted to go to college, but only for the boys, and only if they went to MIT!  The girls were left out, but this didn’t stop my mother, who went on to graduate Phi Beta Kappa from the University of Richmond.

Dr. Stackhouse died in 1956 at the age of 88.  During research for this paper, I discovered that he made a sizeable grant to Clemson University which endows a scholarship in his name—the Wade Stackhouse Fellowship–that still gives ten thousand dollars a year to one lucky graduate student.

Note from Catherine  Carrigan: My brother, Dr. Richard Schulze, Jr. , joined our father in practice in 1995. A magna cum laude graduate of Princeton University, he went on to study English literature at Oxford University, receiving his M. Phil. degree, before graduating with his M.D. from the University of Virginia in 1990. He performed his internship at Roanoke Memorial Hospital in Virginia before moving on to his residency in ophthalmology at the Ochsner Clinic in New Orleans. After a year of fellowship training in anterior segment surgery of the eye at the Kentucky Eye Institute, Dr. Schulze, Jr. returned home to Savannah in partnership with his father.

Dr. Schulze, Jr. specializes in cataract and refractive surgery. Outside of ophthalmology, his interests include windsurfing, sailing, fishing, hunting, farming, and literature.

Further note from Catherine Carrigan: My middle name is Stackhouse. I carry the name of Dr. Wade Stackhouse, the great physician of South Carolina. In yoga, we talk about standing on the shoulders of giants. I have chosen the field of alternative healing but I include this article by my brother, a traditional medical doctor, and honor all the great healers in our family.