The Importance Of Will To Live 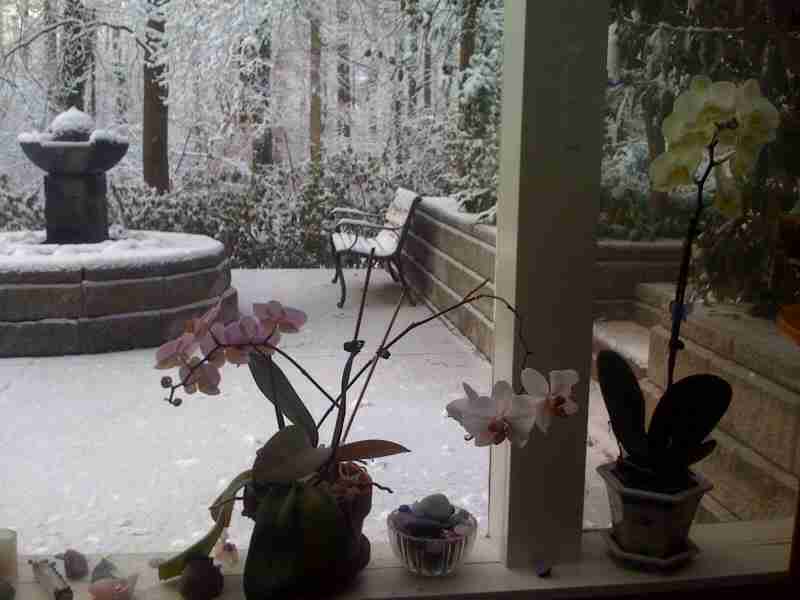 This week, one of my friends who is a healer referred a friend to me whose dog has cancer.

My friend is a Reiki practitioner and had been doing a great job treating the dog with Reiki.

But she and the owner got stumped. The dog had cancer, and they weren’t sure what to do about it, so the owner came to me and I did what is called a surrogate healing.

In a surrogate healing, another person takes on the energy of the person or pet who needs healing. This is a very sacred, kind and selfless thing to do.

I clear the surrogate first, making sure that person is completely balanced and that it is safe and appropriate for them to take on the energy of another. I ask permission from the soul of the person or pet who needs healing.

This is a very helpful thing to do, especially for people or pets who can not physically come to see me.

I remember once years ago I did a surrogate healing on a baby who had been in ICU for 10 days since the day he was born.

The surrogate could only come at 6 in the morning. We did the healing, and I can’t remember what the issue was, but we cleared it.

Within an hour or two, the baby was doing much better and was able to be moved out of ICU.

Healing energy and healing intention knows no time or distance.

Working on the owner of a doggie is always a bit dicey because everybody has to stay in neutral. I am pretty good at staying in neutral but I have to admit I really love animals and I have to fight the tendency to get a bit teary if they aren’t doing all that well.

Adult humans are a different story. I am compassionate yes, but most adult humans have had some hand in their own pain and suffering, and for sure they have a choice about how much they are willing to participate in their own healing. In other words, they can choose to eat better, to rest more appropriately, to do their stretches or whatever to feel better. Or not.

Animals suffer because they can not adequately communicate what it is precisely they need. This is where I am so thankful that I can help because I can figure that out and communicate that information to their owner so they can get what they need.

When I did the surrogate healing on the doggie, I found that his will to live was still quite strong, a 10 out of a 10. He wasn’t giving up. He wanted to be with his owner, and wanted to take care of her and he was worried about what would happen to her if he was gone.

The owner had another dog that she was fostering. The sick dog wanted her to fully adopt the other dog, so that he would know she would not be dogless if he passed away. He wanted to make sure that she would have another dog to take care of her.

Animals are very much like this. They have a selflessness about them that you would not necessarily find in every human.

The main problem with the doggie was pain management. I figured out where his cancer was, on the right side of his body in the large intestine and lung area. His pain level was a 9.5 out of a 10. The Reiki had been definitely helping him, and the veterinarian had prescribed pain medicine, which I said would be a great help. He also needed to be treated again for hookworm and I recommended liquid fish oil and a natural anti-inflammatory. I figured out which food would be best for him at this time.

As long as an individual has a strong will to live, I believe we should support them.

I have always loved the Dylan Thomas poem, “Do Not Go Gentle Into That Good Night.” Even before I ever studied healing work, that poem made total sense to me.

Do not go gentle into that good night,

Old age should burn and rage at close of day;

Rage, rage against the dying of the light.

Though wise men at their end know dark is right,  Because their words had forked no lightning they  Do not go gentle into that good night.

Good men, the last wave by, crying how bright  Their frail deeds might have danced in a green bay,  Rage, rage against the dying of the light.

Wild men who caught and sang the sun in flight,  And learn, too late, they grieved it on its way,  Do not go gentle into that good night.

Grave men, near death, who see with blinding sight  Blind eyes could blaze like meteors and be gay,  Rage, rage against the dying of the light.

And you, my father, there on the sad height,  Curse, bless me now with your fierce tears, I pray.  Do not go gentle into that good night.  Rage, rage against the dying of the light.

Over the years, some people have called me stubborn. That is one way to put it. Another way to put it is that I am tenacious.

I do not give up on myself, and I never give up on anyone who has a strong will to live.

It’s not just a matter of hanging in there and suffering. It’s a matter of actually taking appropriate, thoughtful, concerted and prayerful action, of asking precisely at any moment what can be done to relieve pain and ease suffering.

In this way, I have overcome great personal challenges. My mentor in healing, Sue Maes, told me one time that when I came to her, I was so sick, most people would have just given up. This was a great compliment and a recognition also of why I am so great at working with people who have been sick for years and years. I am very good at figuring out what step 643 is.

Giving up is not something I do all that easily, personally speaking, and I am extremely aware of the depth of commitment of any given client. I can tell when their will to live is strong and also when it is failing.